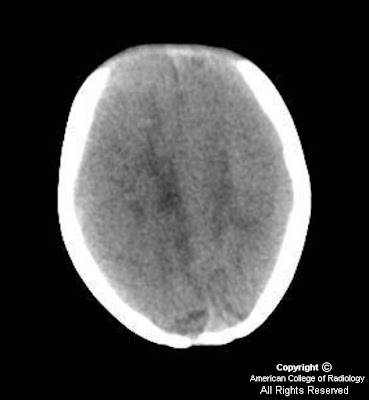 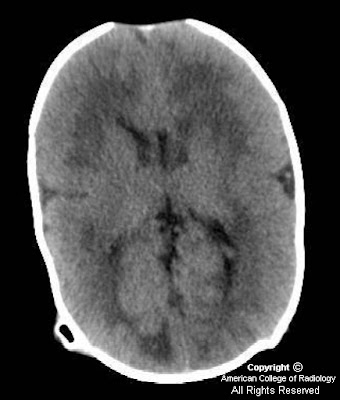 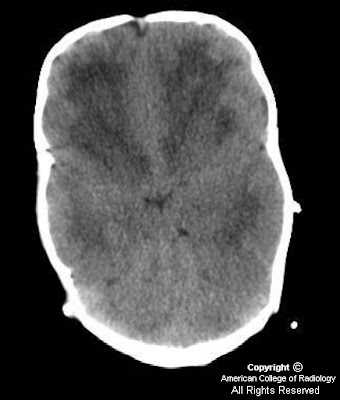 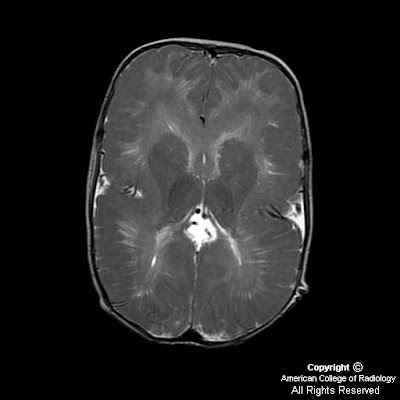 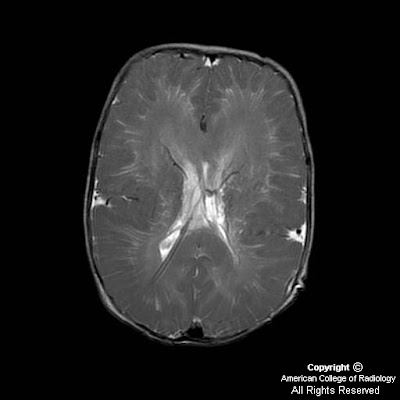 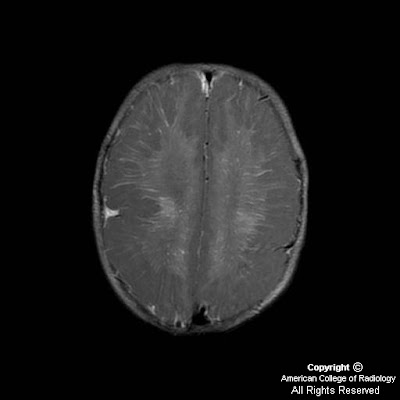 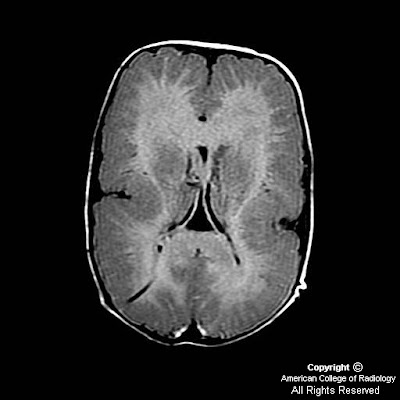 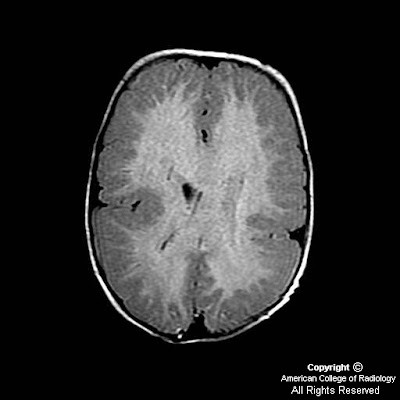 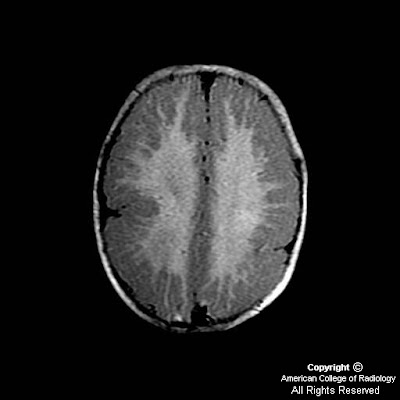 Figure 1, Figure 2, and Figure 3: CT scans of the brain reveal macrocephaly with an abnormal gyral and sulcal pattern.
Figure 4, Figure 5, and Figure 6: Multiple axial T2 MR images reveal macrocephaly and polymicrogyria. There are excessive small convolutions of the cortex with an undulating cortical pattern. The white matter signal is increased, consistent with immature myelination. Note the right parietal shunt catheter with normal ventricular size.
Figure 7, Figure 8, and Figure 9 : There is loss of normal gyral architecture, thickened cortex (isointense to gray matter) and indistinct gray-white interface. This pattern is diffuse and is present throughout the brain.


Polymicrogyria is a disorder of late neuronal migration and cortical organization. The neurons migrate to the cortex but distribute abnormally resulting in the formation of multiple small undulating gyri. This is believed to result secondary to ischemic laminar necrosis of the fifth cortical layer after 20 weeks gestation at which time the cortical neurons have migrated to the brain surface. Other intrauterine vascular insults or infections, including CMV, may also result in this disorder. Multiple gene loci have been shown to result in polymicrogyria as well.

The result of this late neuronal migration disorder is an excessive number of small disorganized cortical convolutions with a thickened cortex. The white matter thickness is usually normal. CT findings consist of excessive small convolutions. These small folds of cortex may resemble pachygyria (incomplete lissencephaly) which results in sparse, broad, flat gyri. In order to best characterize the cortex, MRI is usually performed. Findings on T1 weighted imaging include irregular cortex isointense to gray matter with an indistinct cortical white matter surface. On T2 weighted imaging, two imaging patterns may be present depending on the age of the patient. In infants under 12 months, T2 weighted imaging reveals small, fine undulating cortex with normal 3-4mm thickness. In infants older than 18 months, the cortex is thick and bumpy (6-8 mm) and may contain hypomyelination and cortical infolding. Periventricular calcification may be present if the disorder is caused by TORCH infection, such as CMV.

Polymicrogyria may be regional or diffuse. Congenital bilateral perisylvian syndrome is the most common manifestation of polymicrogyria. This results in polymicrogyria of the opercular cortex with abnormal sylvian fissure sulcation. Polymicrogyria is present in multiple syndromes, including Zelleweger syndrome and Fukuyama muscular dystrophy. These syndromes contain polymicrogyria as well as other clinical and laboratory findings.

The diagnosis of polymicrogyria is descriptive and does not describe the underlying etiology. Clinically, patients may present in the neonatal period or later in infancy with developmental delay, spasticity, seizures and global developmental delay that may result in feeding difficulties, respiratory abnormalities, motor dysfunction and mental retardation.
Pubblicato da David Spizzichino a 16:00