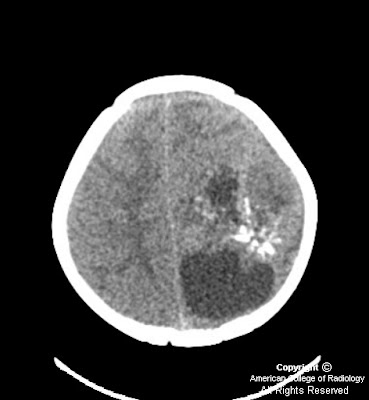 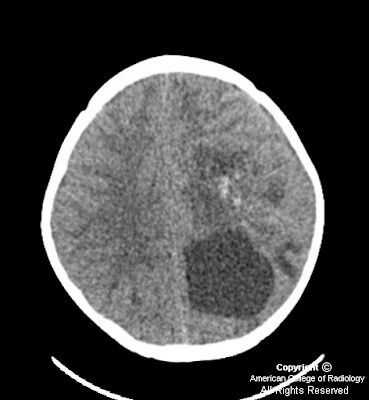 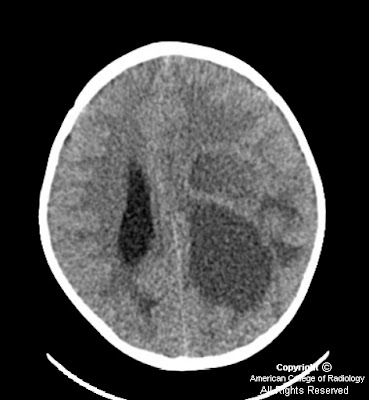 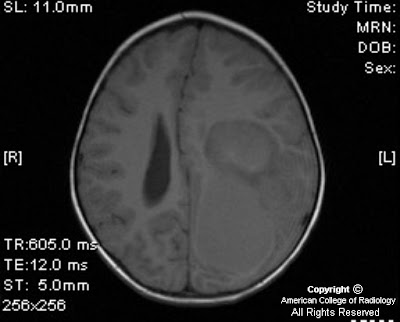 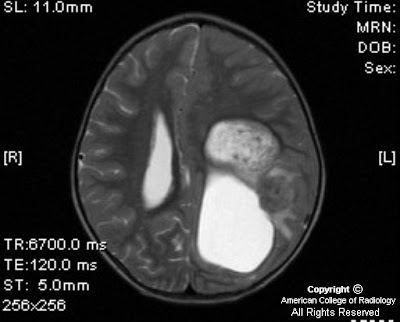 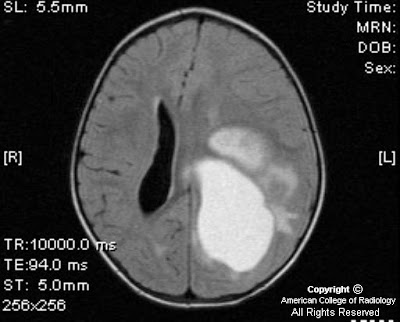 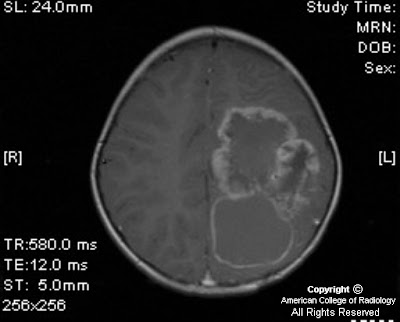 
Atypical Teratoid Rhabdoid Tumor (ATRT) is a rare, highly aggressive intracranial mass found in infants and children under 3 years of age. Pathologically, rhabdoid cells within this tumor resemble those found in malignant rhabdoid tumor of the kidney. Divergent differentiation within the tumor accounts for the “atypical teratoid” designation. Most common presenting symptoms include lethargy, seizures, vomiting, and increasing head circumference. 50% are infratentorial, 40% are supratentorial in location. They are typically large, heterogeneous masses that commonly contain cysts, hemorrhage, and calcifications. 15-20% present with disseminated disease at the time of diagnosis and thus the entire CNS system, including the entire spinal canal, must be imaged at presentation to evaluate for leptomeningeal spread of tumor.

Differential diagnosis includes supratentorial PNET and ependymoma although it’s often impossible to distinguish between these with imaging alone. Histologically, the distinction between PNET and ATRT is often difficult for the pathologist as the presence of rhabdoid cells is relied upon as the histologic hallmark of ATRT, and these cells are only present in a minority of cases. Additionally, >70% of ATRT histopathology appears identical to PNET and thus certain immunohistochemical features such as presence of epithelial membrane antigen, vimentin, and smooth muscle actin positivity are used to distinguish ATRT from primitive neuroectodermal tumors. Always consider ATRT when a large brain tumor is found in a child less than 3 years of age.

Treatment includes surgical resection/debulking. Chemotherapy is largely ineffective against these tumors and radiation therapy is often not feasible due to the young age of the patients affected. Mean survival is approximately 6 months and overall 2yr survival is less than 15%.
Pubblicato da David Spizzichino a 16:00