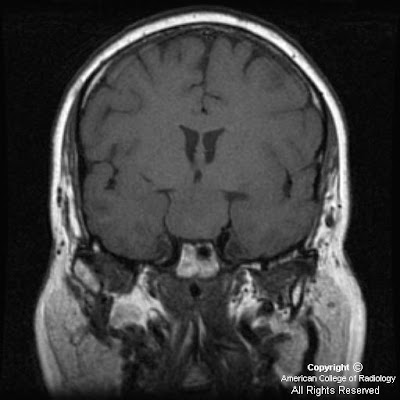 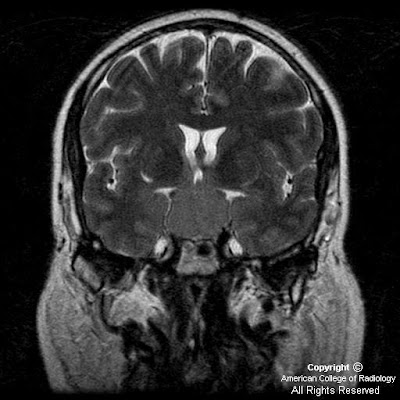 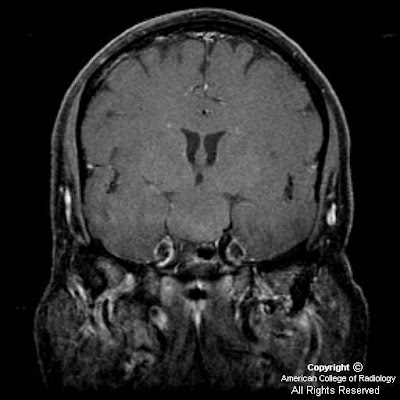 60-year-old female with history of a childhood seizure disorder, polydactyly, esophageal narrowing and imperforate anus presents to the ER with acute onset headache.


Pallister Hall syndrome is an extremely rare autosomal dominant disorder first described by Judith Hall and Phillip Pallister, both pediatricians and geneticists, in 1980. The underlying mutation causing this syndrome involves the GLI3 protein which participates in gene expression and early development. The manifestations of this disorder result from both the congenital anomalies associated with the genetic mutation and from the hypothalamic hamartomas. Described congenital anomalies include but are not limited to polydactyly, imperforate anus, bifid epiglottis, and renal abnormalities. Despite variability in presentations patients consistently present with polydactyly and frequently with imperforate anus, both of which were included in this patient's medical history.

Hypothalamic hamartomas typically involve a very specific region of the hypothalamus called the tuber cinereum, which consist of gray matter situated between the mammillary bodies and optic chiasm. This region of the brain secretes histamine in association with circadian rhythms. It is most easily identified on sagittal T1 sequences. MRI remains the best imaging modality for appreciating the position and characteristics of hamartomas. The classic image findings are a homogeneous mass in the region of the tuber cinereum which is isointense to gray matter and does not enhance after the administration of gadolinium. Following gadolinium administration, normal pituitary tissue should enhance and be easily identified separate from the tumor. Coronal sequences best demonstrate the mass extending from the floor of the third ventricle. On CT a mass which is isodense to gray matter may be seen in the suprasellar cistern, depending on the size of the lesion. The lesions typically do not calcify.

While specific treatment does not exist for Pallister-Hall syndrome certain measures should be taken in these patients. First, due to the autosomal dominant nature of the disease genetic counseling should be provided to these patients especially if considering conception. Considering the benign nature of the hypothalamic hamartomas, regardless of any syndrome association removal should be based on severity of symptoms. Patients who elect to not have the tumor removed should be evaluated regularly for visual disturbances, neurological changes, and hormonal derangement. Furthermore, consideration should be made for routinely scanning any patient with polydactyly for hypothalamic hamartomas, especially if the patient has other congenital anomalies.
Pubblicato da David Spizzichino a 16:00