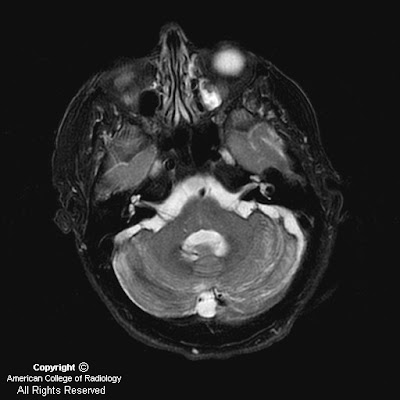 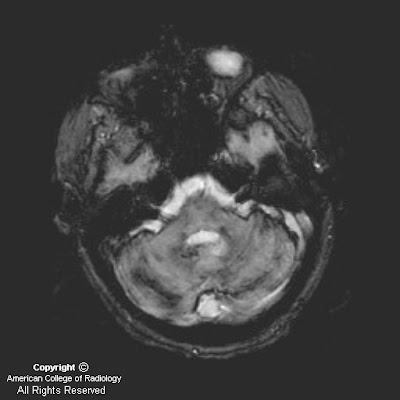 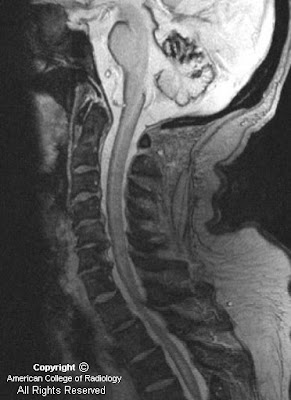 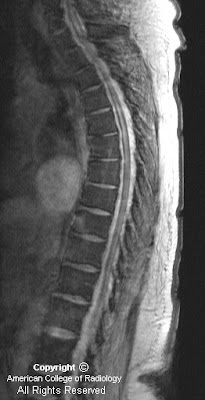 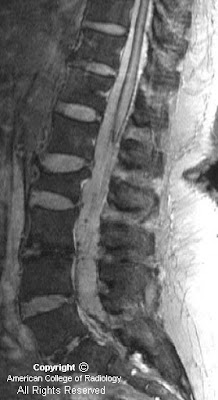 
Superficial siderosis (SS) of the central nervous system is the sequela of chronic recurrent subarachnoid hemorrhage. Hemosiderin, a blood product of chronic hemorrhage, is deposited along the leptomeningeal surfaces of the brain and spinal cord, as well as the subarachnoid surfaces of the cranial and spinal nerves. The hemosiderin deposition is not benign. The leptomeninges become thickened and the affected nervous tissue can undergo neuronal loss, reactive gliosis, and demyelination. Classic locations for hemosiderin deposition in SS are the peripheral folia of the cerebellum. Hemosiderin deposited here is usually associated with Bergmann gliosis and death of Purkinje cells. This leads to cerebellar atrophy, especially involving the vermis.

The etiology of SS includes trauma, vascular anomalies, and neoplasm. Any process producing subarachnoid hemorrhage can result in SS. Between 80% and 90% of nontraumatic subarachnoid hemorrhage is the result of intracranial aneurysm rupture. Other vascular malformations that have significant frequencies of hemorrhage are AVMs and cavernous angiomas. Diagnosis of SS mandates an evaluation for the source of the hemorrhage and should include both intracranial MRI/MRA, as well as total spine MRI. Traditional cerebral - spinal angiography may be necessary to identify subtle vascular abnormalities. The etiology of SS is not identified in 25% to 46% of patients.
Pubblicato da David Spizzichino a 16:00