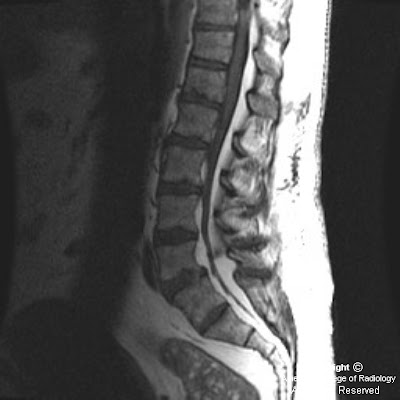 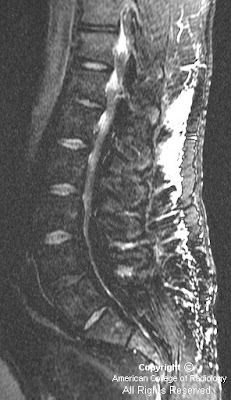 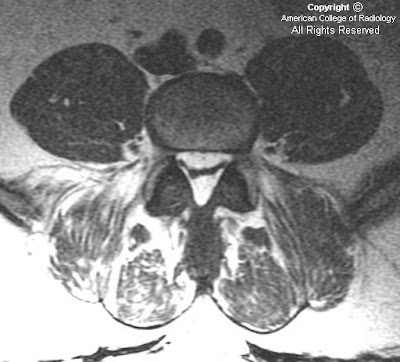 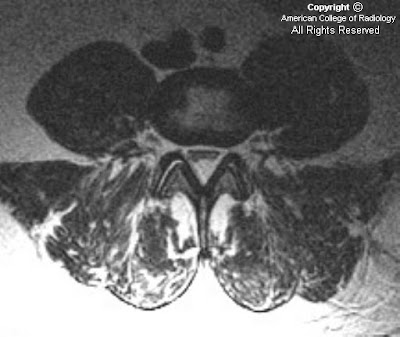 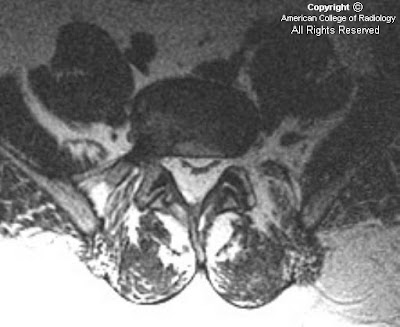 
Spinal epidural lipomatosis is a disorder characterized by an abnormal accumulation of unencapsulated adipose tissue in the extradural space of the spinal canal. The distal lumbar spine and the mid and distal thoracic spine are the most commonly involved sites, with rare involvement of the cervical spine. Most cases have been attributed to long standing exogenous steroid administration, however idiopathic and non exogenous steroid related causes have been reported including: Cushing disease, Cushing syndrome, hypothyroidism, pituitary prolactinoma and obesity.

Patients often will present with back pain, lower extremity weakness and radiculopathy resembling a herniated disk. However, symptoms will be dependent on the level of the cord or nerve root involvement. Bowel and bladder incontinence have been reported, but are felt to be rare complications.

Men have been reported to be involved more frequently than women, comprising 75% of the reported cases. The mean age in the reported literature is 43 years, with the youngest reported case involving a 6-year-old boy.

Radiographic examination may demonstrate thinning of the pedicles and lamina as well as widening of the spinal canal, indicating the possibility of increased spinal pressure. Myelography will demonstrate constriction of the dural sac from an epidural structure over several segments. CT manifestations can include an excess or increased amount of fat attenuation tissue in the spinal canal, most often posterior in the thoracic canal with anterior displacement of the thecal sac and spinal cord, while it often involves the ventral, dorsal and lateral aspects of the lumbar spinal canal. MRI examination displays the increased epidural soft tissue with signal characteristic of fat on T1 and T2 weighted sequences. The dural sac will often have a characteristic geometric “Y-shaped,” polygonal spiculated or stellar deformation resulting from the presence of the meningovertebral ligaments.