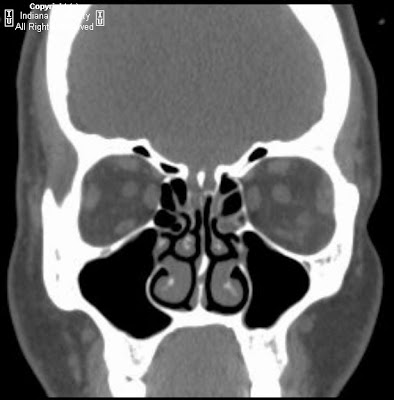 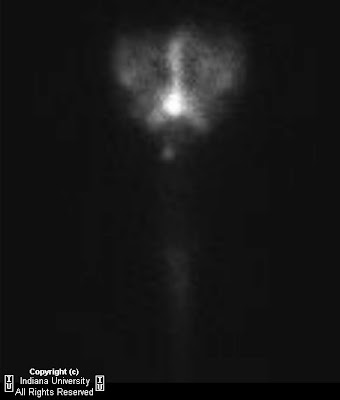 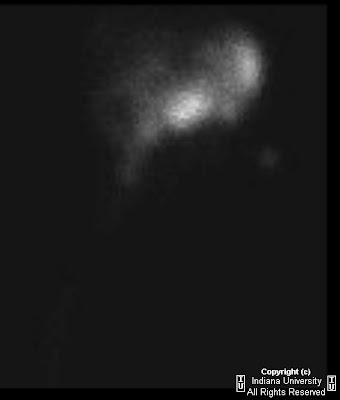 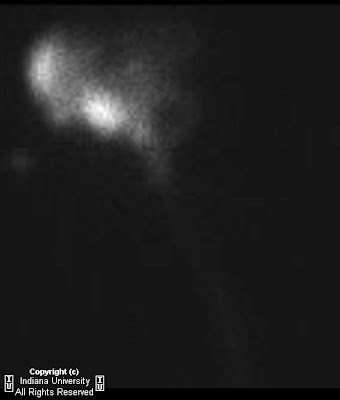 Causes include:
- Blunt head trauma
- Sequelae of skull-base surgery
Commonly functional endoscopic sinus surgery (FESS)
Transsphenoidal pituitary surgery
Translabyrinthine acoustic schwannoma
Mastoid surgery with intact tympanic membrane
- Destructive skull-base lesions, including neoplasms (both benign and malignant), and empty sella
- Developmental defects of the ethmoid, sphenoid, frontal, or petrous temporal bones with the formation of a meningocele or meningoencephalocele (with an intact tympanic membrane)
- Fracture of the petrous temporal bone or other destructive processes in which CSF in the middle ear drains to the nose in the presence of an intact tympanic membrane
- Less than 5% of all cases of CSF rhinorrhea are spontaneous

Most cases of CSF rhinorrhea begin soon after a head injury and cease spontaneously within 7-180 days.
Radionuclide cisternography is used to confirm a suspected CSF leak.
Leaks are most common in the region of the cribriform plate and ethmoid sinuses.
CSF leaks may be intermittent leading to a false negative study.
The study is performed in conjunction with ENT and possibly neurosurgery, in addition to neurointerventional radiology, who performs the lumbar puncture.
Typically Tc-99m sulfur colloid is administered into the thecal sac by lumbar puncture. Additionally cotton pledgets are placed in the superior and middle turbinates by ENT. Imaging of the spinal canal and head are obtained between 1 and 3 hours. The cotton pledgets are removed from 4 to 24 hours later and are individually placed in a well counter. Serum samples are obtained at the same time and counted for activity. Pledget to serum ratios of more than 1.5 may be interpreted as evidence of CSF leak.
CT cisternography after the administration of iodinated contrast within the thecal sac may be performed for further anatomic delineation.
Treatment is primarily surgical.
Pubblicato da David Spizzichino a 16:00