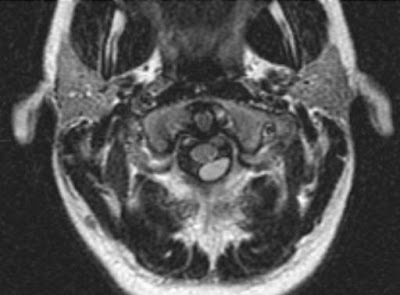 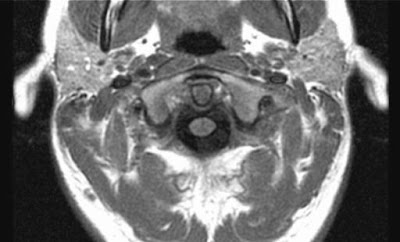 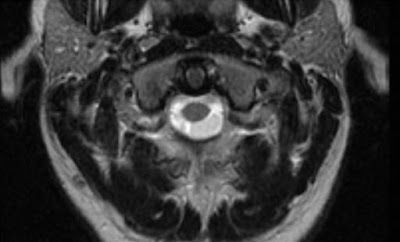 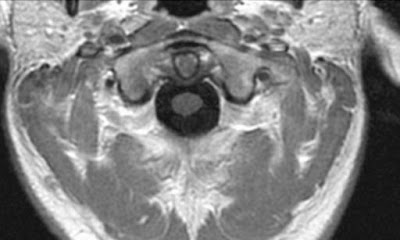 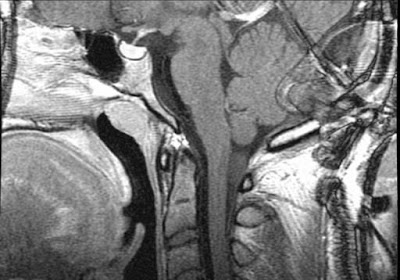 
Neurenteric cysts of the spine are rare benign cysts that are lined by cells of endodermal origin. They are usually located in the intradural extramedullary space in the cervical and thoracic regions; however, they can be present in the intracranial, intramedullary, and extradural spaces.
Neurenteric cysts can be associated with vertebral body anomalies, tethered cord, diastematomyelia, and spina bifida, and may be connected to mediastinal/abdominal cysts.
Lhermitte's sign refers to a shock-like sensation that extends down the spine and into the extremities with flexion of the neck, which can be caused by any abnormality that causes impingement of the cervical spinal cord (epidural or intradural pathology), spondylosis, multiple sclerosis, spinal cord tumor, radiation myelitis, or vitamin B12 deficiency. In this case, it was the mass effect produced by the neurenteric cyst on the cervical spinal cord, which was resected and pathologically proven.
Pubblicato da David Spizzichino a 16:00