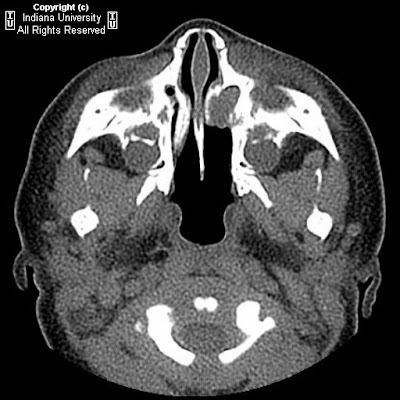 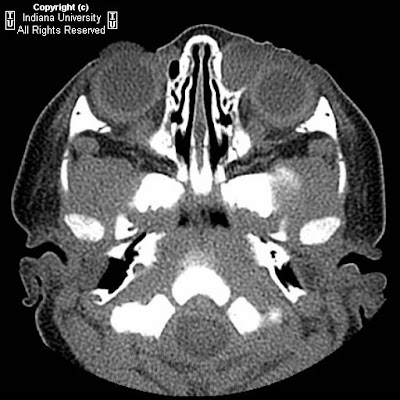 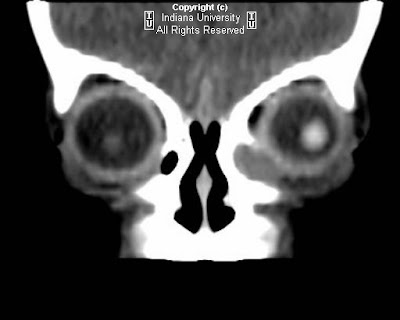 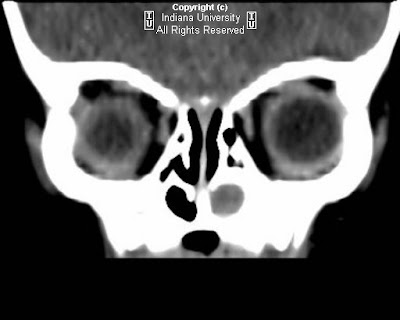 In neonates, there is a thin mucus membrane (plica lacrimale or valve of Hasner) at the inferior aspect of the nasolacrimal duct. In 6-12% of patients, this is imperforate at birth, but shortly after birth it typically spontaneously perforates.
Failure to perforate this membrane results in outflow obstruction with subsequent mucocele formation.
Initial presentation may include a mass at the medical canthus. A secondary infection may cause physical exam findings similar to an abscess.
Epiphora may result from blockage of nasolacrimal duct drainage.
The initial presentation may also include respiratory distress secondary to nasal obstruction, as neonates are obligate nasal breathers.
Management is typically expectant, as spontaneous perforation is typical. If there is persistent failure to perforate, or there are signs of infection, the mucocele can be marsupialized endoscopically, or a dacryocystorhinostomy may be performed.
The imaging modality of choice is CT, which can show the extent of the mass lesion within the medial canthus as well as the nasal cavity, and any associated nasolacrimal duct bony expansion.
Pubblicato da David Spizzichino a 16:00