Capillary telangiectasia of the pons 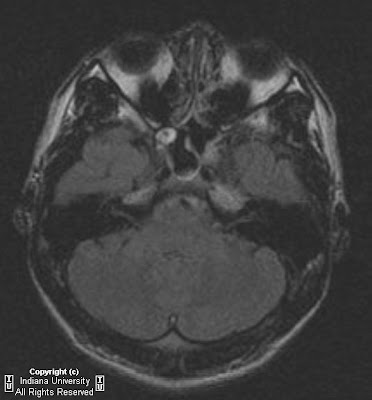 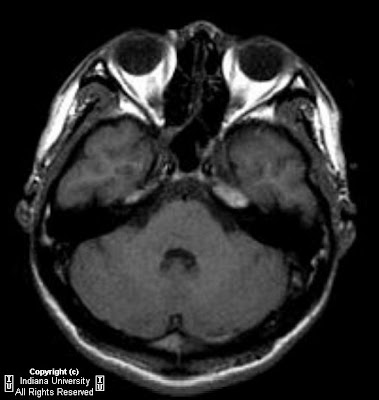 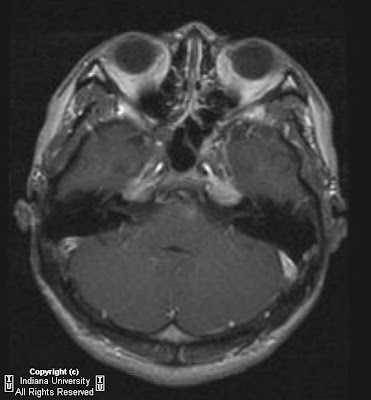 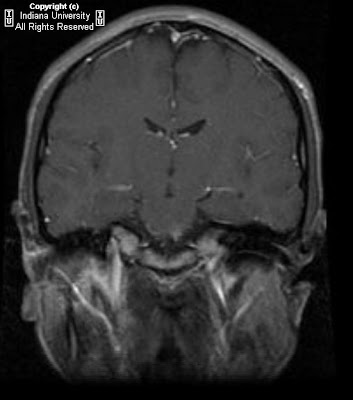 There is an irregular FLAIR hyperintense focus located along the left anterior aspect of the pons, demonstrating mild lacy contrast enhancement. There is no associated mass effect or restricted diffusion.


Diagnosis: Capillary telangiectasia of the pons

Clinical:
- Usually an incidental finding
- Rarely associated with headache or vertigo
- Found at any age
- No treatment necessary

Characteristically found in the pons, but may also be seen in the midbrain, medulla, and elsewhere
Usually small, average 3 cam in diameter
Poorly defined, without mass effect, edema, or restricted diffusion