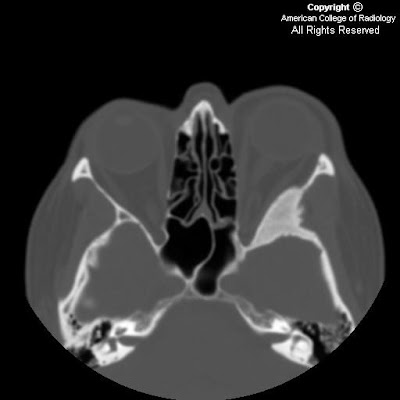 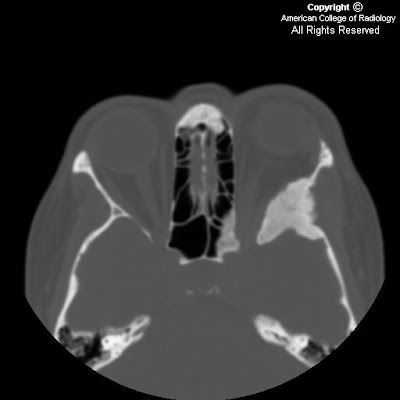 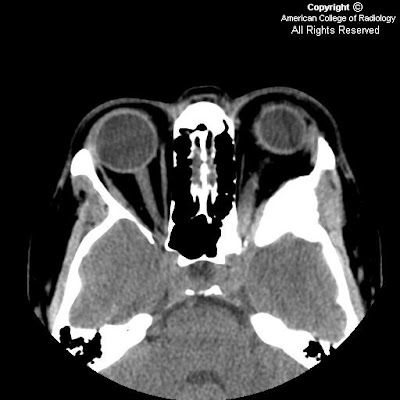 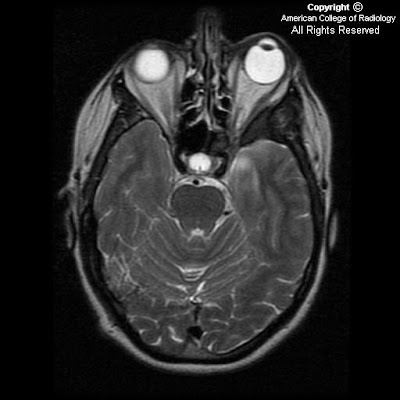 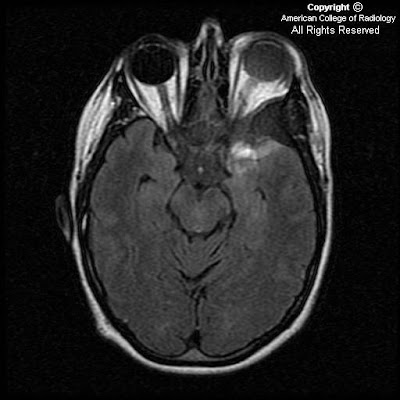 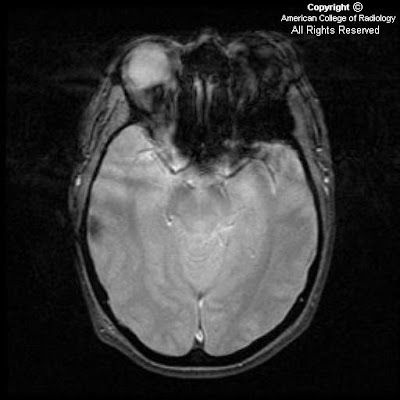 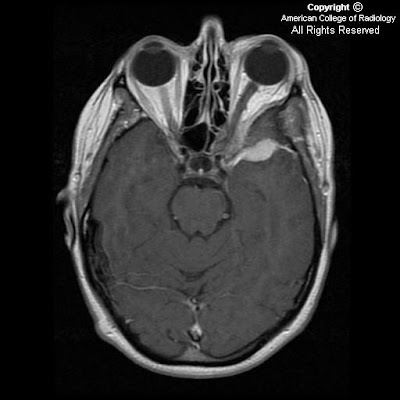 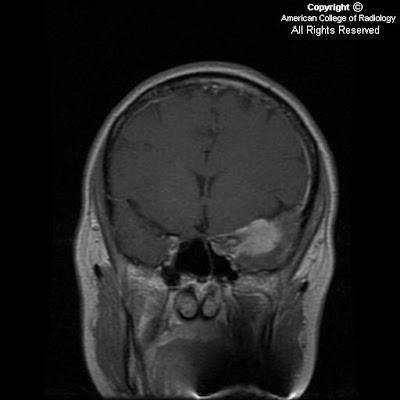 
Meningiomas without a dural component are considered ectopic and can occur in a variety of locations including the subcutaneous tissues, paranasal sinuses, orbit, neck, salivary glands, the perineural sheath of cranial nerves and the calvaria. Purely intraosseous meningiomas (without an associated dural component) can be mistaken for osseous pathology including fibrous dysplasia, Paget disease and sclerotic metastases. Inflammatory lesions of the skull base, such as aspergillosis, may also give a similar appearance and should be considered in the proper clinical setting (sinus disease, diabetes, immunocompromise).

Meningiomas arise from arachnoid meningothelial “cap” cells. The trapping of “cap” cells in the cranial sutures during birth and subsequent modeling of the infant skull is thought to produce intraosseous meningiomas. This explains their predilection for the cranial sutures with the bony orbit and frontoparietal skull most commonly involved. Other proposed etiologies of intraosseous meningiomas include antecedent trauma, resulting in dural trapping within fracture lines and the multipotent nature of mesenchymal cells which give rise to the meninges and a variety of tissue types (including bone) which have been identified within meningioma pathologic specimens.

CT findings of meningiomas include a hyperdense (75%) smooth mass abutting the dura. Hyperostosis is a common occurrence in meningiomas; this may be secondary to local calvarial invasion, reaction to the adjacent dural mass or a primary osseous lesion. Calcification is identified in 25% of meningiomas which may cause focal areas of low signal intensity on MR imaging. The T1 weighted MR imaging appearance of meningiomas is an isodense extraaxial mass with a dural base and gray matter buckling. The appearance of meningiomas on T2 weighted images is isointense to cortex with a rim of CSF or trapped CSF clefts. Occasionally meningiomas may appear high in signal on T2 weighted imaging, indicating syncytial or angioblastic histology. Visualized flow voids may also be present within larger meningiomas, implying their vascularity. More than 95% of meningiomas demonstrate avid, uniform enhancement on post-contrast images. Meningiomas may display varying degrees of associated parenchymal edema.