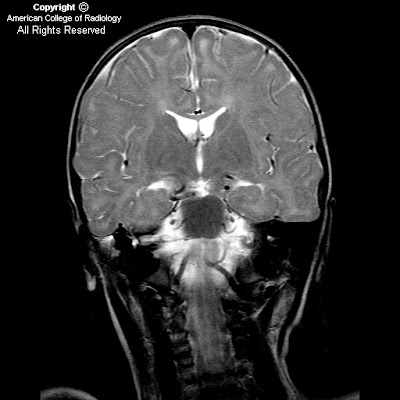 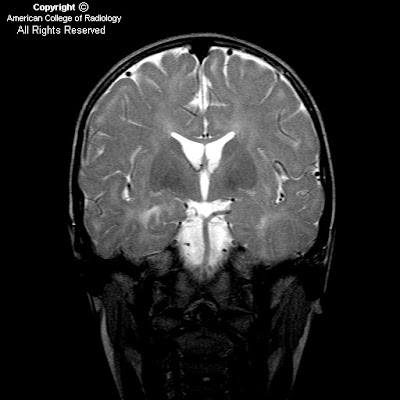 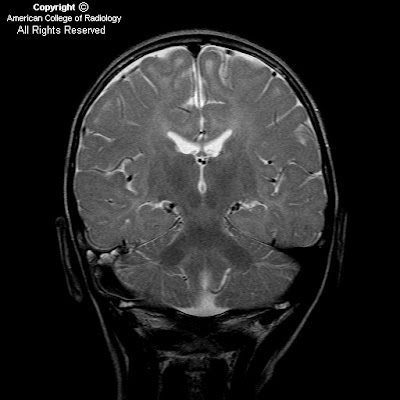 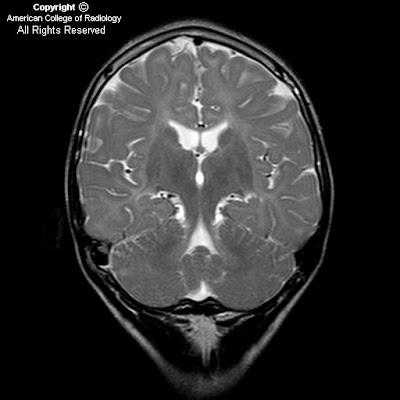 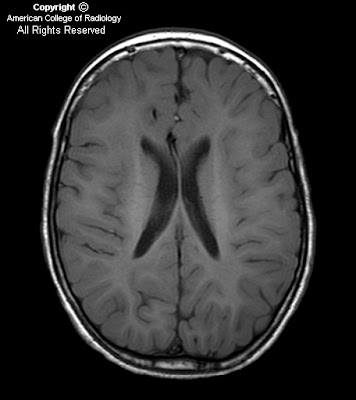 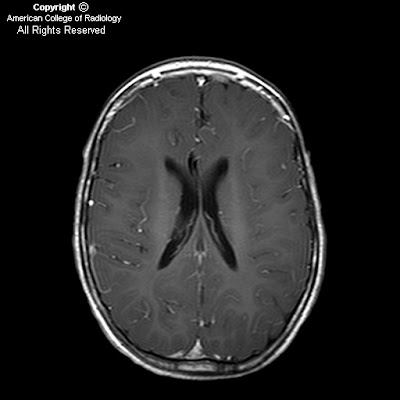 The patient in this case was diagnosed with classic PMD which is the most common of the four forms of the disease. Classic PMD is an X-linked recessive disorder that results most frequently from the duplication of the PLP-1 gene. This genetic error causes a diffuse hypomyelination of the cerebral white matter.

Patients with classic PMD present in infancy with nystagmus, spasticity, and other motor problems. Because of this early presentation, cerebral palsy is the most common misdiagnosis for PMD patients as in this patient. As the patient becomes older, cognitive deficits are more conspicuous and further motor deficiencies may arise. The life span of patients with classic PMD is variable with many succumbing in adolescence and early adulthood while some other patients may live into the sixth decade.

The very slowly progressive MRI findings of classic PMD are quite specific for the disease especially when sequential exams are available for comparison. The cerebral white matter usually appears diffusely low in intensity on T1 images. Findings are more striking on T2 images where the hypomyelinated white matter remains diffusely hyperintense. The corpus callosum is notably atrophic. Myelination is usually present in the brainstem, thalamus, and posterior limbs of the internal capsules. Abnormal enhancement is not seen in PMD as opposed to some demyelinating disorders such as adrenal leukodystrophy in which enhancement is seen at the periphery of the active demyelination. In classic PMD, the MRI findings tend to be stable or mildly progressive over years since the primary problem is hypomyelination rather than demyelination.
Pubblicato da David Spizzichino a 16:00