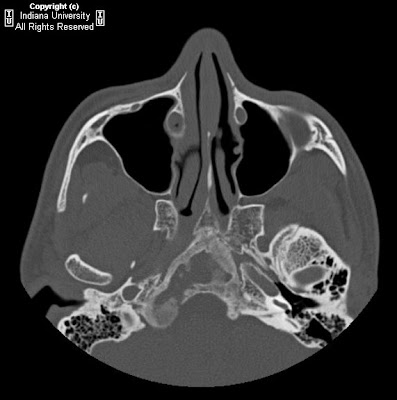 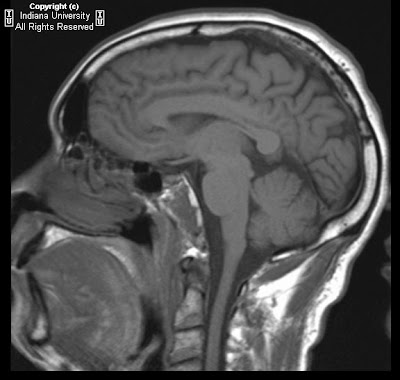 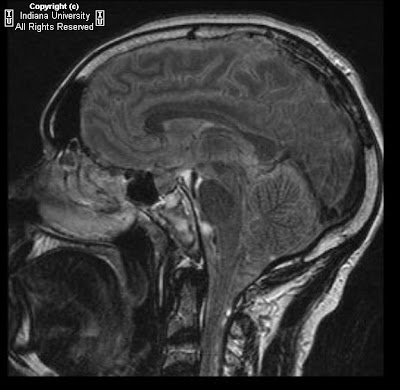 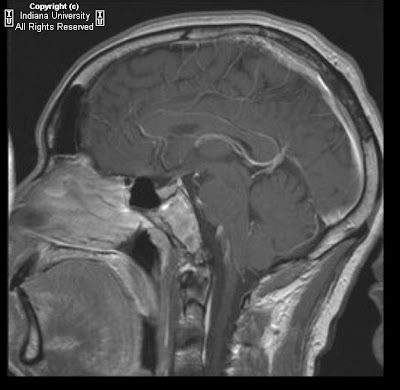 Monostotic clival fibrous dysplasia is a rare entity (According to Sirvanci et al., only 3 cases were reported in the literature by 2002). Overall, craniofacial fibrous dysplasia represents three percent of bone tumors. Fibrous dysplasia is a developmental disorder felt to be secondary to a genetic mutation. It is not hereditary. It results in abnormal fibroblast proliferation with replacement of normal medullary bone. This causes expansion and structural integrity compromise.

Fibrous dysplasia can be classified as monostotic and polyostotic. The polyostotic form represents 30% of cases and can present as part of Albright-McCune-Sternberg syndrome. The initial presentation in the majority of cases is in the first two decades of life. No racial or gender predilection has been described. Besides craniofacial involvement, other commonly involved areas include the ribs, femurs, tibias, and the pelvis.

On CT, a ground glass appearance is associated with fibrous dysplasia. Additionally, a sclerotic border is also present. Smaller cystic, circumscribed areas are present within the lesion. Overall, CT is superior to evaluate for subtle change and internal lesion structure. If nuclear scintigraphy is performed (not necessary), mild, nonspecific activity is usually present in the clivus.
Pubblicato da David Spizzichino a 16:00