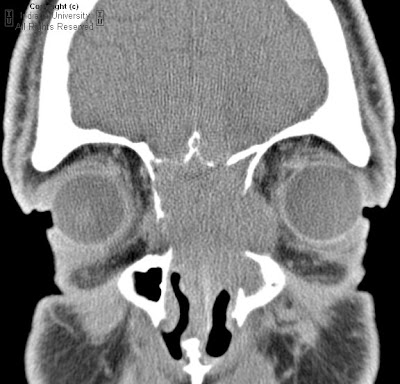 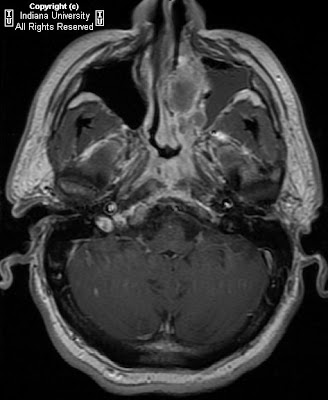 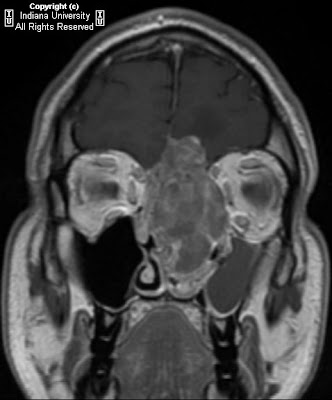 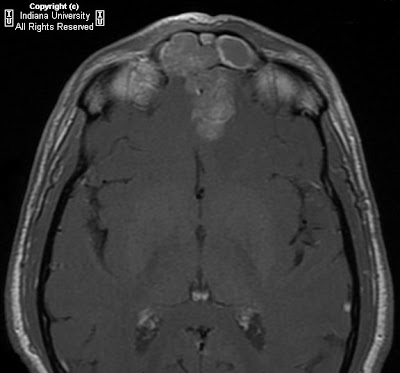 Heterogeneously enhancing mass centered at the junction of the left nasal cavity and ethmoid sinus has eroded through the cribriform plate and extends into the anterior cranial fossa. Sharp interface between the mass and the brain parenchyma, with mass-effect and vasogenic edema in the left frontal lobe. Left orbit medial wall has been eroded, and the extraconal mass has mass-effect on the left medial rectus with the fat plane between the mass and the muscle intact. Mass extends posteriorly to the margin of the left sphenoid sinus Bilateral frontal sinuses are fluid filled with the mass minimally extending into the inferior portion of the right frontal sinus. Ethmoid sinuses are completely occupied by the mass. Right maxillary and sphenoid sinuses are clear. Left maxillary sinus is almost completely fluid filled, and the left osteomeatal unit is completely obstructed by the mass.

Treatment: Resection with radiotherapy
20% have nodal metastasis at presentation
Tendency to recur late