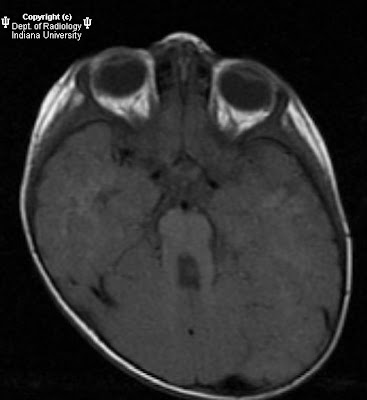 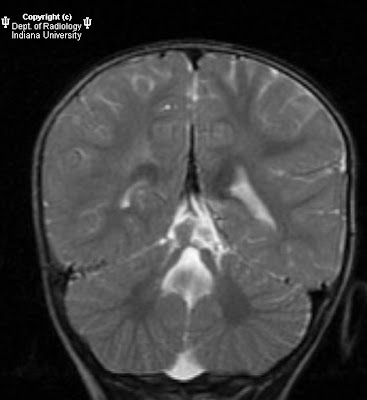 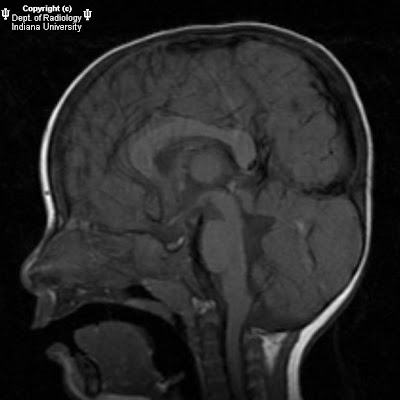 There is agenesis of the vermis. The interpeduncular fossa is deep. There is a cerebellar cleft. There is prominence and thickening of the superior cerebellar peduncle. There is a bat wing configuration of the fourth ventricle.

Joubert syndrome is an autosomal recessive genetic disorder that affects the cerebellum and midbrain. There is agenesis/hypogenesis of the cerebellar vermis and malformation of the midbrain and brainstem.

With poor development of the cerebellar vermis and brainstem, patients can present with ataxia, hypotonia, and hyperpnea. One of the first clinical signs of Joubert is episodic hyperpnea or apnea in an infant. Breathing can reach upwards of 160 breaths/minute. Mild mental retardation is often seen, though some may have normal intelligence. Patient health and growth are usually not affected. Patients with Joubert benefit from physical, occupational, and speech therapy. Infants with respiratory abnormalities require respiratory monitoring.

The initial radiologic manifestations are often seen on fetal ultrasound with increased nuchal lucency being the most apparent finding. Fetal or Brain MR is the best modality to evaluate the presence of Joubert syndrome.

The classic findings are a hypoplastic/aplastic vermis, thick superior cerebellar peduncles, a deep interpeduncular fossa, and an abnormal midbrain. This configuration resembles a molar tooth and is often referred to as the "molar tooth" sign. The fourth ventricle also takes on a bat wing configuration. The midbrain is usually decreased in AP dimension. In this case, there is complete agenesis of the vermis and the molar tooth sign can be seen with thickening of the superior cerebellar peduncles. The corpus callosum and pars intermedia is thickened and may reflect a compensatory response by the brain adapting to the lack of a vermis. 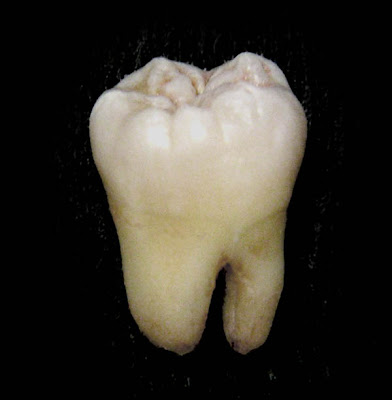