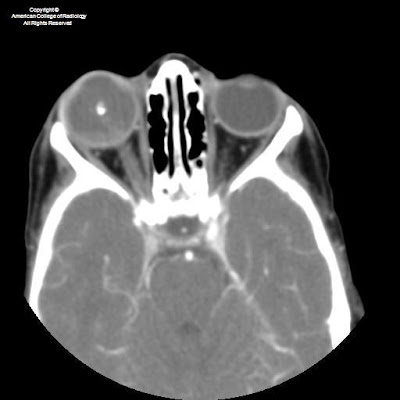 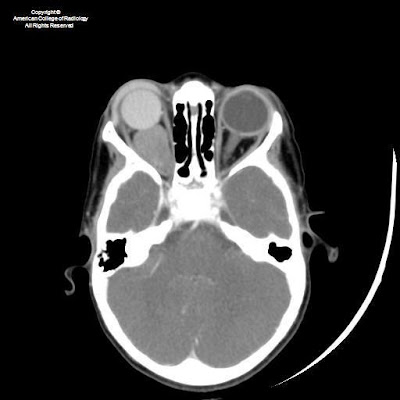 Most patients with unilateral, non-metastatic retinoblastoma can be cured with enucleation alone. In patients with histologic risk factors, adjuvant chemotherapy is recommended, with the addition of orbital radiation for patients with trans-scleral involvement or tumor present at the level of the cut end of the optic nerve. Patients with metastases require intensive chemotherapy and consolidation with autologous hematopoietic stem cell rescue.

Recurrent retinoblastoma or a second primary neoplasm may be observed during follow-up. Optic nerve invasion, scleral invasion and choriodal invasion have been regarded as risk factors for recurrent disease. In general recurrent tumors have a short latent period as compared to second primary neoplasms; however this may not always be true. Recurrent retinoblastoma after enucleation can occur in the contralateral eye (type A), in the ipsilateral orbit (type B) or extend from the orbit into the brain (type C)

The most common presentation of orbital recurrence is a clinical complaint such as eyelid swelling or chemosis, suggesting that clinicians should not attribute periocular or orbital symptoms during the first year after enucleation as a sign of a benign conjunctivitis or preseptal cellulitis. A problem with the ocular prosthesis is also a frequent mode of presentation in these patients, and extrusion or displacement of a previously satisfactory prosthesis should be considered a suspicious sign for possible tumour recurrence.

Cases with recurrence following enucleation should be evaluated for distant metastasis. Treatment consists of systemic chemotherapy combined with other modalities like orbital radiotherapy and stem cell rescue, depending upon the extent of metastatic disease.
Pubblicato da David Spizzichino a 16:00