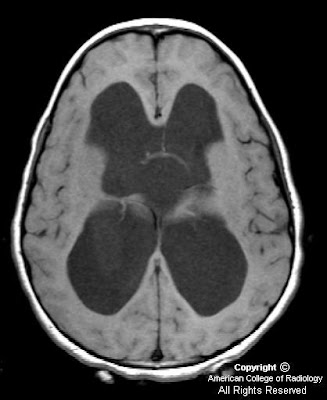 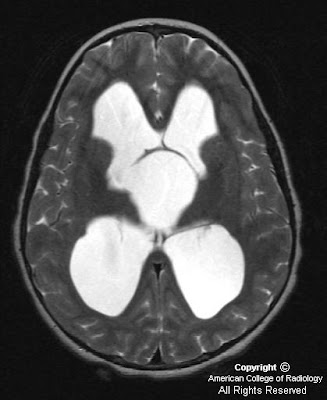 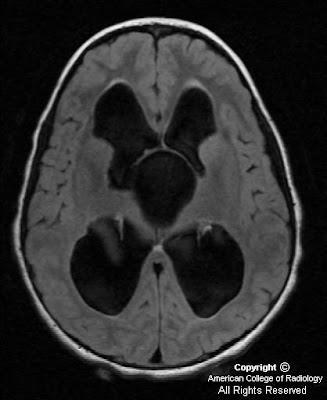 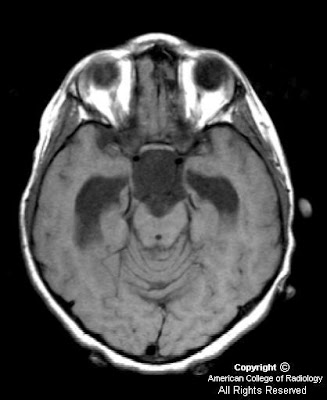 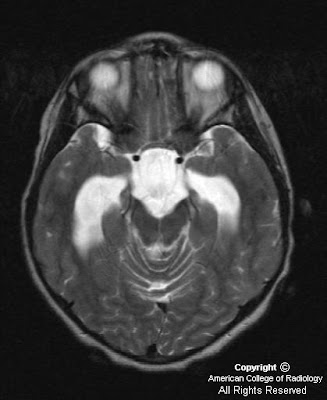 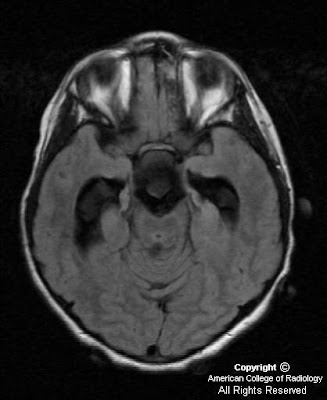 
Arachnoid cyst is the most common congenital lesion of the brain. It is typically an incidental imaging finding and is rarely symptomatic. However, in this case the size and location of the lesion in the suprasellar cistern resulted in severe obstructive hydrocephalus and precocious puberty. Both of these complications resolved following surgical drainage of the cyst.

Arachnoid cysts arise from a splitting of the arachnoid membrane with formation of a cyst wall consisting of fibrous connective tissue. There is no epithelial lining in the wall. Expansion occurs following trapping of cerebral spinal fluid through defects in the cyst wall. Arachnoid cysts occur most commonly in the middle cranial fossa and have a 4-to-1 male-to-female ratio. Even large cysts tend to be asymptomatic. Associated clinical features in symptomatic patients include headache, calvarial bulging, intracranial hypertension, craniomegaly, developmental delay, visual loss, precocious puberty, and seizures. Treatment of arachnoid cysts is not recommended by many unless there is a clear cause and effect relationship between the cyst and symptoms as shown in this case.

MRI is the preferred diagnostic modality for arachnoid cysts because of its ability to demonstrate the location, extent and relationship of the cyst to surrounding neurologic structures. Lesions typically have the signal intensity of CSF on all sequences, do not enhance and do not demonstrate restricted diffusion. The most important differential diagnostic consideration is between arachnoid and epidermoid cysts. Epidermoid cysts show restricted diffusion on diffusion-weighted images. In addition, unlike epidermoid cysts, arachnoid cysts show suppressed signal on fluid-attenuated inversion recovery (FLAIR) images.
Pubblicato da David Spizzichino a 16:00