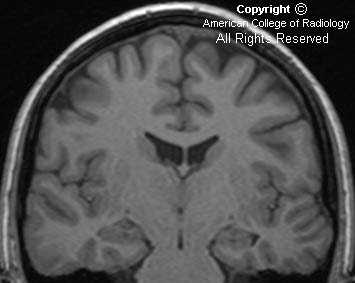 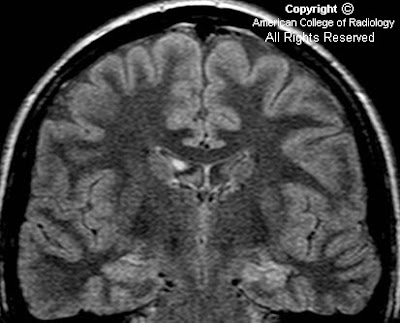 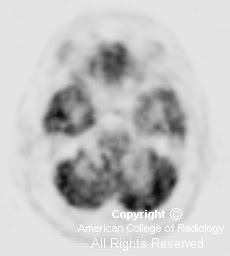 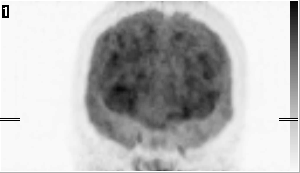 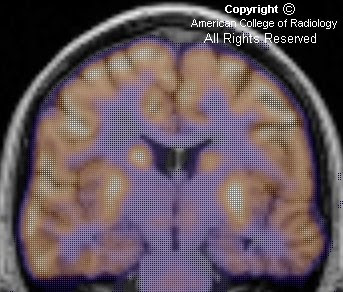 
MTS is a highly epileptogenic lesion that encompasses changes in the hippocampus, amygdala, and adjacent entorhinal cortex. It is the most common abnormality found in the temporal lobes of patients with temporal lobe epilepsy and a common cause of medically intractable seizures.

Histopathologically, there is neuronal loss, gliosis, and sclerosis of the involved areas. In the hippocampus, the cornu ammonis (CA) 1 through 4 areas are involved, and various patterns of involvement are categorized into different subgroups. Predominant involvement of the CA 1 and CA 4 areas is classic Ammon's horn sclerosis and is the most common subgroup.

Imaging evaluation commonly consists of MRI and FDG-PET. T1-weighted oblique coronal images perpendicular to the long axis of the hippocampus reveals hippocampal volume loss. Increased T2 signal of the hippocampus is presumably due to gliosis. Additionally, there may be loss of internal architecture of the hippocampus and unilateral atrophy of the mammillary body, columns of the fornix, amygdala, and white matter bundle in the parahippocampal gyrus. Computer-aided volumetric analysis and MR spectroscopy can be helpful. PET shows hypometabolism of a wide area that includes lateral temporal neocortex, and may extend outside the temporal lobe.

Studies have shown that the presence of lateralizing hypometabolism, corresponding volume loss, and lateralizing EEG findings can reliably prognosticate an excellent seizure surgery outcome. Prior to surgery, the Wada intracarotid amobarbital test is performed to lateralize speech and memory dominance. Surgical options include resection of a seizure focus, partial lobectomy, or interruption of seizure pathways. Most commonly, an anterior mesial partial temporal lobectomy is performed.
Pubblicato da David Spizzichino a 16:00