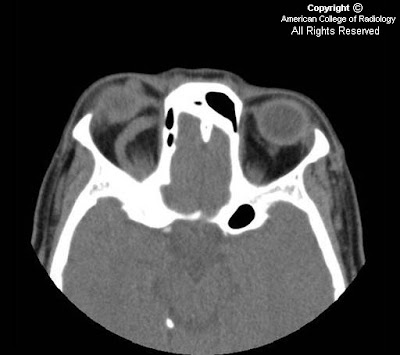 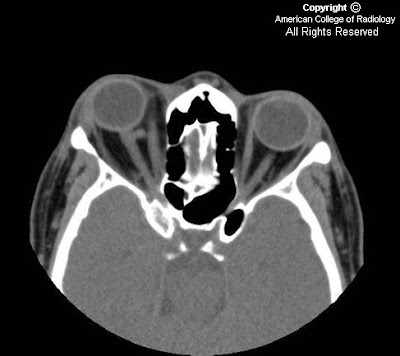 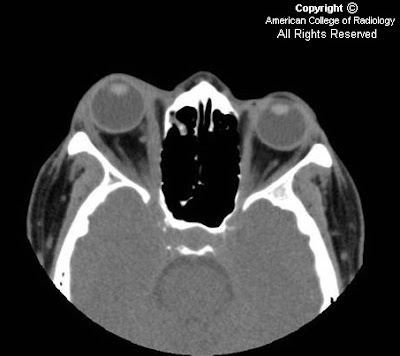 
A carotid cavernous fistula (C-C fistula) is a direct communication between the intracavernous portion of the carotid artery and the venous cavernous sinus. It is typically a result of trauma, either penetrating or non-penetrating, or a ruptured intracavernous carotid aneurysm. Other less common causes include Ehlers-Danlos and fibromuscular dysplasia due to intrinsic weakening of the vessel wall. This abnormal communication is most often found unilaterally. A patient with a C-C fistula usually presents with an eye motility disturbance, proptosis, an orbital bruit, and/or chemosis. Venous tributaries may connect the right and left cavernous sinuses, so that occasionally symptoms can be bilateral.

The pathophysiology of a C-C fistula begins with the release of arterial blood into the low-pressure cavernous sinus. The high arterial pressure decompresses into any venous structure that communicates with the cavernous sinus. Retrograde venous drainage leads to enlarged ophthalmic veins followed by venous congestion. The congestion causes an increase in the size of the extra-ocular muscles and orbital fat infiltration. This creates orbital mass effect and proptosis.

A CT examination demonstrates enlargement of the extra-ocular muscles, proptosis, and an enlarged superior opthalmic vein. A distended cavernous sinus can also be seen within the middle cranial fossa. MR imaging shows similar findings with the added ability to determine whether there is flow within opthalmic veins or if thrombosis has developed. MRI also allows for the detection of a carotid cavernous aneurysm if it is present. Catheter angiography of the external and internal carotid arteries and the vertebral arteries is necessary for accurate identification of the fistula; the lateral projection of the cranium is the most helpful. The angiographic appearance of a C-C fistula shows early, immediate, filling of the cavernous sinus and the dilated superior ophthalmic vein.

Although C-C fistulas can thrombose spontaneously, they are usually treated via an endovascular approach. The first option in treatment consists of using detachable coils or balloons, flow directed through the fistula into the cavernous sinus. Once within the sinus, the coils or balloons would tamponade the hole. If this doesn’t work, then another option would be to trap the fistula above and below its origin with balloons and/or surgical intervention.

Dural malformations involving the cavernous sinus can present with similar findings, but they differ from C-C fistulas in that they are not usually related to a traumatic event and the symptoms are not usually as severe.
Pubblicato da David Spizzichino a 16:00