Mechanical thrombectomy of the MCA 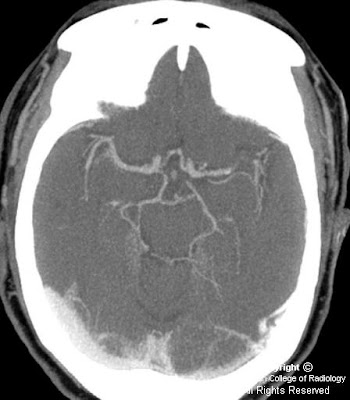 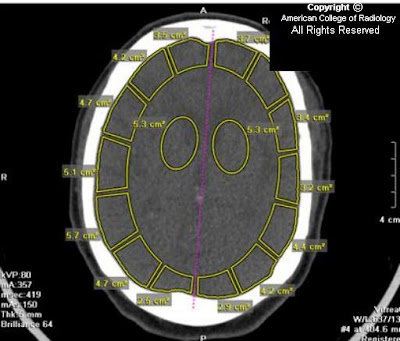 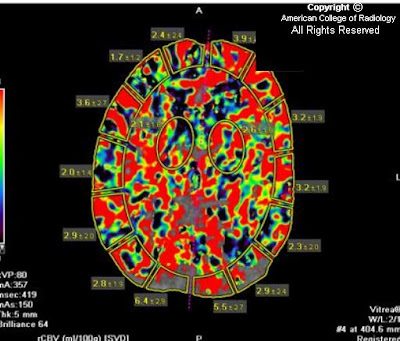 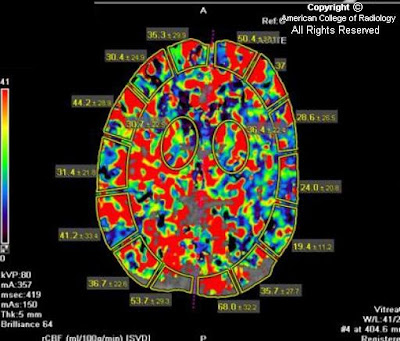 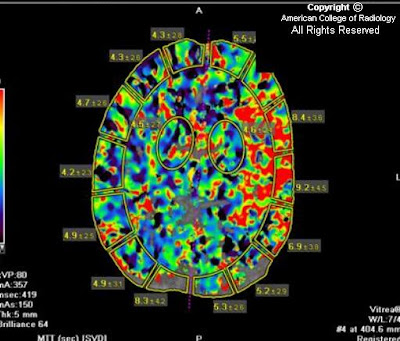 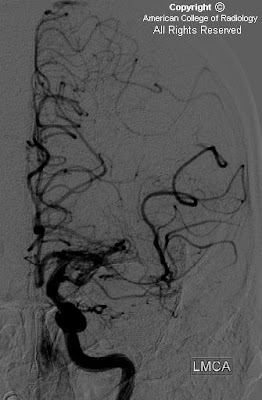 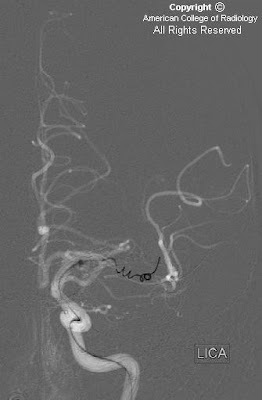 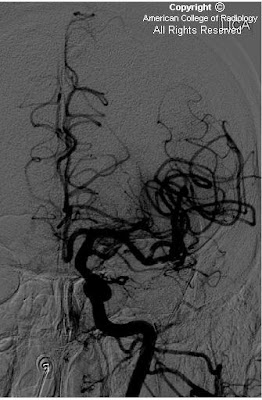 Figure 1: CT angiography of the head demonstrates a left MCA occlusion at the distal M1 area. There is visualization of distal vessels with filling by collaterals.

Figure 2, Figure 3, Figure 4, and Figure 5: CT perfusion images demonstrate increased transit time and poor flow in the left MCA territory. There is poor flow in the right posteroparietal region. There is generally preserved blood volume except for decreased volume in the left posterior watershed area. These findings are compatible with ischemia with some areas of infarct and fairly large area of preserved viability.


Diagnosis: Mechanical thrombectomy of the MCA

Various catheter-based devices and techniques have now been devised for mechanical thrombectomy in the cerebral arteries. Some of these include the use of a snare, the alligator retrieval system, the Phenox clot retriever, the Merci catheter, among others.

The Merci catheter thrombectomy technique consists of obtaining femoral artery access, guidewire insertion, and advancement of the catheter to the site of occlusion. Subsequently, the balloon is inflated and the coiled tip of the catheter is passed across the clot and engaged under angiography. The mesh helps trap thrombus material. Clot is retracted into the balloon guide catheter and out of the body. Finally, the balloon is deflated, thereby restoring blood flow.

The main complication of mechanical thrombectomy is intracranial hemorrhage, which occurs in an estimated 5 to 10% of patients.
Pubblicato da David Spizzichino a 16:00