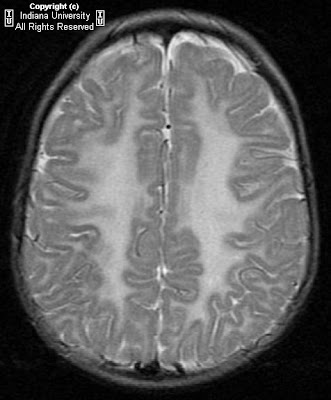 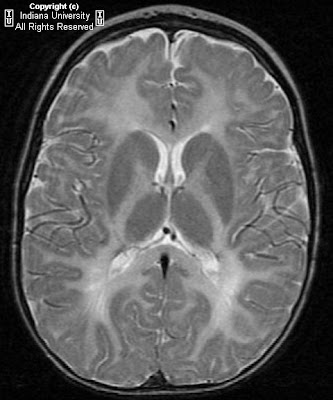 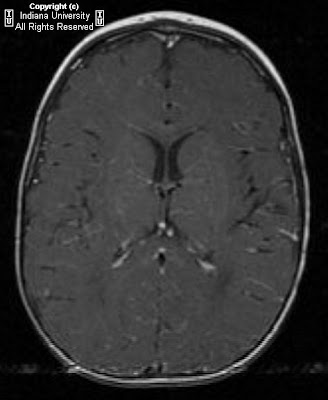 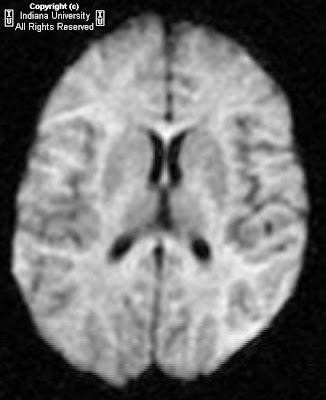 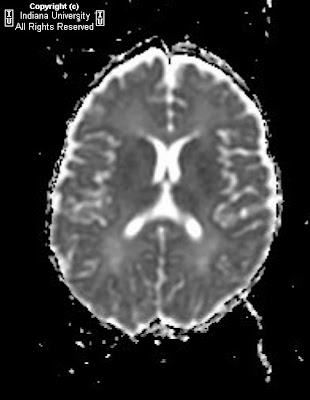 There is diffuse T2 prolongation within subcortical, deep, and periventricular cerebral and cerebellar white matter with involvement of internal capsules and corpus callosum. There is also involvement of cerebellar peduncles. No enhancement or diffusion restriction.


Pelizaeus-Merzbacher is a rare leukodystrophy which results in abnormal myelin production. The disease is related to the proteolipid protein 1 (PLP1) gene on the X chromosome. The products of this gene constitute about 50% of the mass of CNS white matter and are believed to serve an important structural function in compact myelin. The defect is most commonly a duplication of genetic material which is deleterious to oligodendrocytes.

The frequency is not certain but is conservatively thought to be more than 1 in 500,000. Clinical signs usually include some combination of nystagmus, stridor, spastic quadriparesis, hypotonia, cognitive impairment, ataxia, and tremor. Patients tend to be normocephalic. Nerve conduction tests typically normal (as opposed to most other leukodystrophies). Diagnosis involves clinical history and physical examination, MRI of the brain, and molecular diagnostic tests. Because of the heterogeneity of genetic defects and since females tend to be heterozygous, there is varying severity and clinical course.

No specific cure or treatment for Pelizaeus-Merzbacher disease is known. Medical care is currently limited to supportive care and includes tracheostomy, physical therapy, orthotics, and antispasticity agents, including intrathecal baclofen.