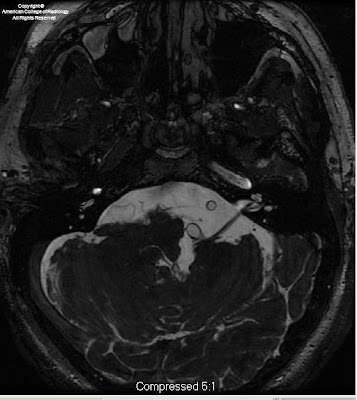 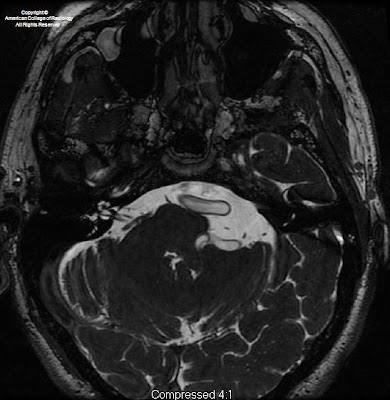 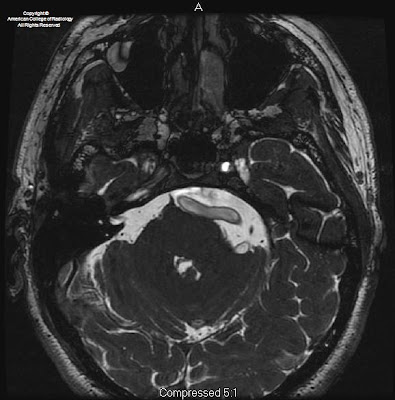 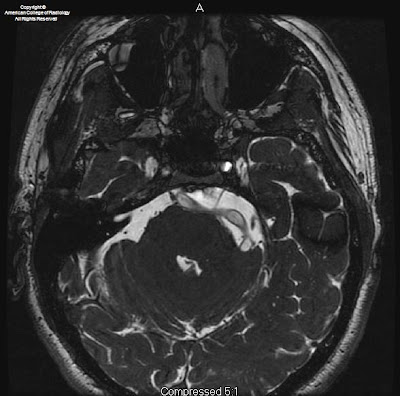 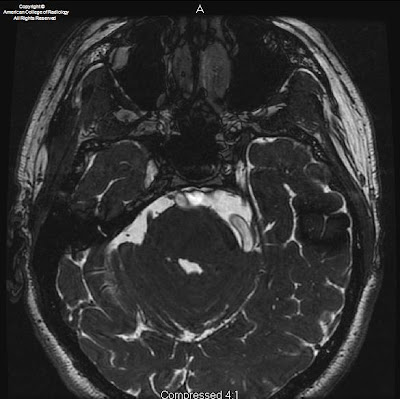 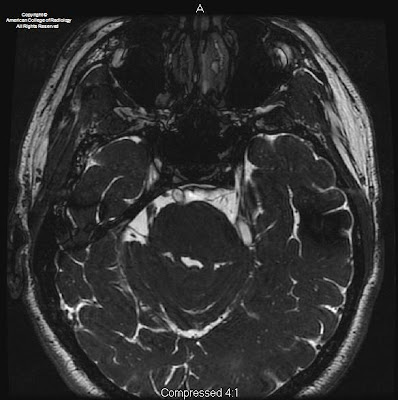 
Trigeminal neuralgia is a clinical syndrome composed of paroxysmal facial pain usually confined to the maxillary (V2) and/or mandibular (V3) branches of the trigeminal nerve. Occasionally the opthalmic division (V1) is also affected. This syndrome is more common in patients over the age of 65, with no gender specificity.

VLCS is a recognized cause of trigeminal neuralgia. The offending vessel courses into the anterior cerebellopontine cistern with subsequent irritation of the 5th cranial nerve at the preganglionic root entry zone (REnZ). Additional causes of trigeminal neuralgia include anuersysms, AVMs, and tumors of the cerebello-pontine angle. Demyelinating disorders such as multiple sclerosis are also described as a potential cause.

Thin section high resolution T2 MRI of the CPA/IAC allows the best visualization of the vascular loop. These images also show the anatomic course of the 5th cranial nerve from the root entry zone into meckel’s cave. The imaging protocol should include whole brain T2/FLAIR to exclude additional etiologies such as multiple sclerosis. Axial and coronal T1 of the brainstem with gadolinium enhancement is also helpful to look for cranial neuritis, perineural tumor, and cisternal tumor such as an epidermoid, schwanomma, or meningioma.
Pubblicato da David Spizzichino a 16:00