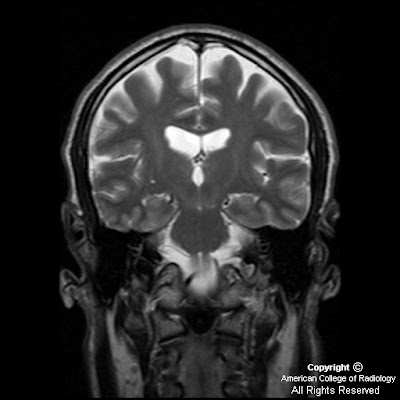 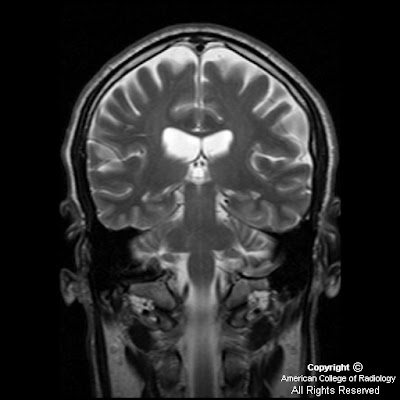 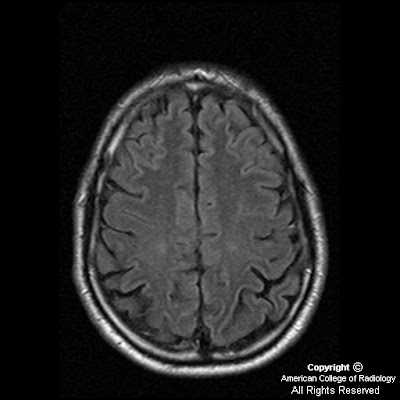 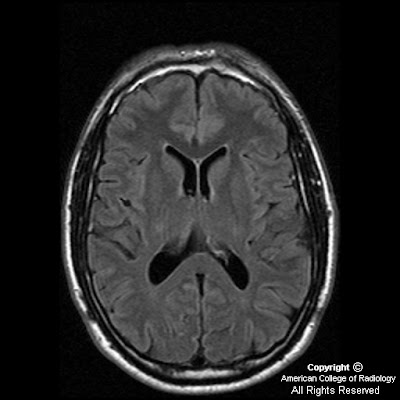 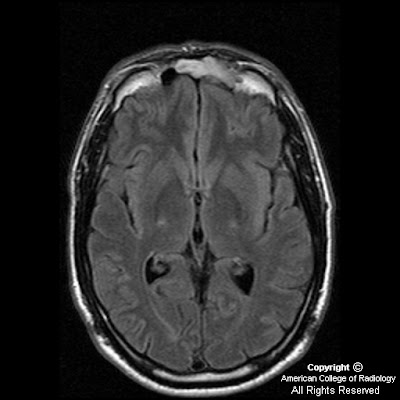 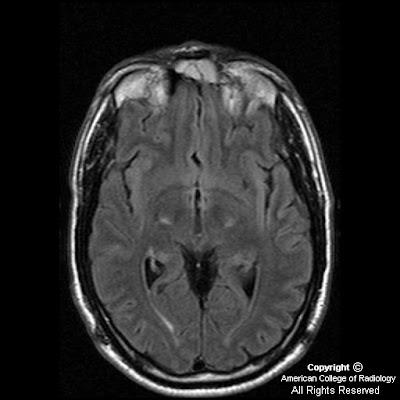 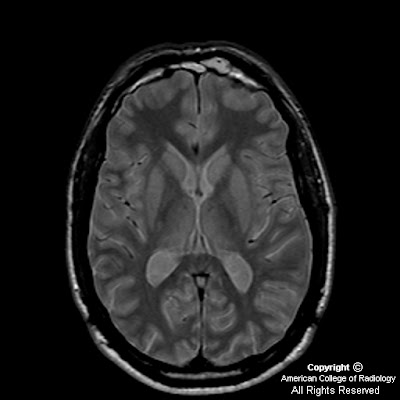 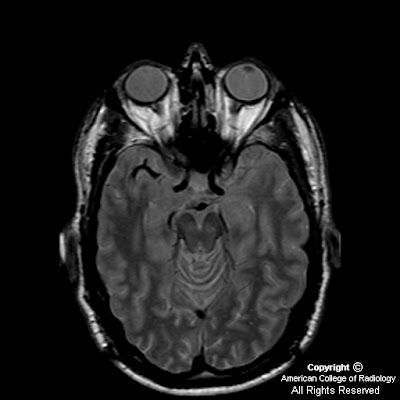 
Amyotrophic lateral sclerosis is a devastating, progressive neurodegenerative disorder that demonstrates both upper and lower motor neuron symptoms. The pathological hallmark of ALS is the degeneration of neurons in the motor cortex and loss of anterior horn cells in the spinal cord with astrocytic gliosis. The surviving motor neurons are shrunken.

Clinically, the symptoms are primarily those of weakness, which may start in the hands or legs or the disease can be manifested by slurred speech and dysphagia. There should be no autonomic, sensory or cognitive involvement.

The exact cause of the disease is not well known. Onset is in the middle and late adult years. About 5-10% of cases are familial. The rest are sporadic. Amyotrophic lateral sclerosis demonstrates a male predilection with a male:female ratio of 1.5:1 5.

Typical MR imaging findings include high signal intensity involving the corticospinal tracts on T2, FLAIR and proton density weighted imaging. This abnormal signal intensity may be seen extending from the hemispheric white matter, through the corona radiata, through the caudal aspect of the posterior limbs of the internal capsules, and finally into the ventral aspect of the brain stem. The signal abnormality appears symmetric and well circumscribed. Occasionally signal abnormality is seen extending into the anterolateral column of the spinal cord. Involvement of the corpus callosum has also been reported.

Care should be taken when evaluating the corticospinal tracts on T2-weighted images because about 50% of normal patients display symmetric foci of high signal intensity that are isointense to gray matter on T2-weighted images within the caudal one-third of the posterior limbs of the internal capsules. However, in normal patients, the signal should never extend above the internal capsule to the corona radiata. Proton density imaging is more specific in evaluating for abnormal signal since in normal patients, the corticospinal tracts are isointense to the remainder of the internal capsule and therefore any abnormal signal on PD should be considered pathological.

The disease is progressive; the mean duration of survival is three to five years.