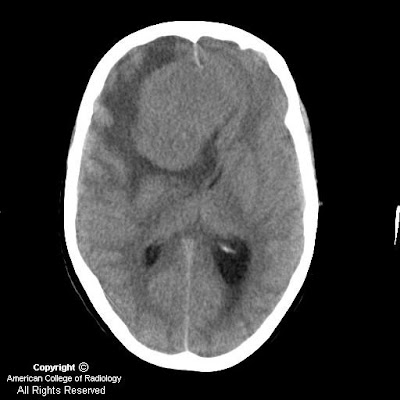 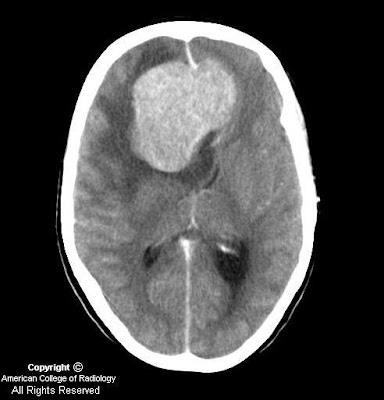 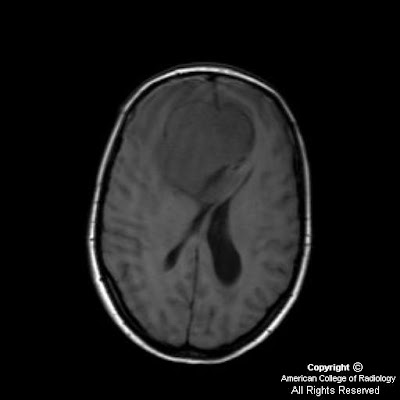 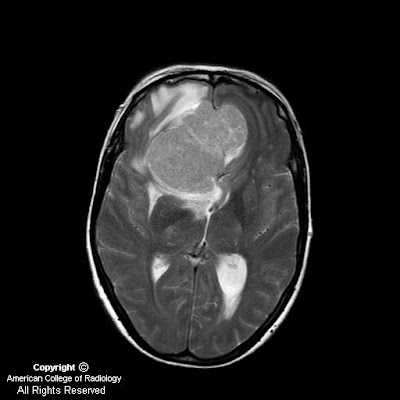 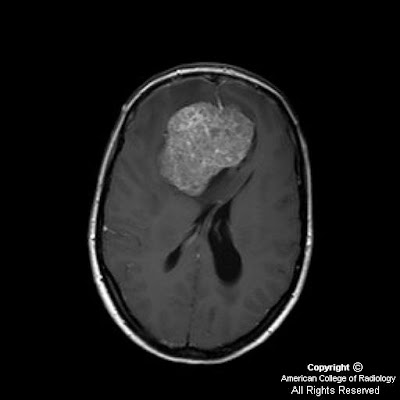 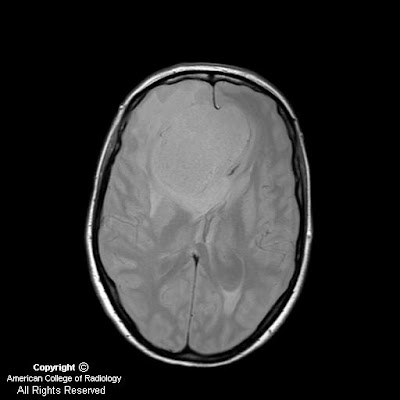 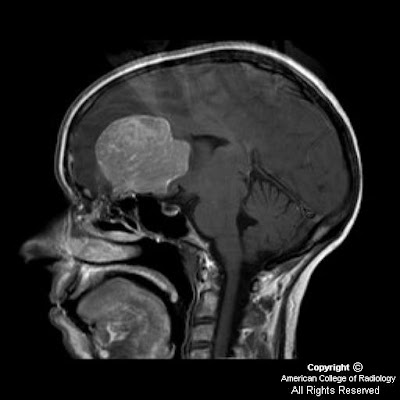 
Meningiomas are the most common extraaxial tumor. The features which suggest an extraaxial etiology are tumor relationship to the dura, local bony hyperostosis, corticomedullary buckling, displacement of the cortex away form the bone, preservation of the grey/white matter junction and widening of the cisterns. Meningiomas are located in a supratentorial location in about 90% of cases, most commonly at the convexity of the hemispheres. Meningiomas are more common in females.

On unenhanced CT, meningiomas are mostly hyperdense with intense homogenous uniform enhancement. They may be associated with hyperostosis of the adjacent bone. In most cases the surrounding edema is minimal, another feature which distinguishes it from an intraaxial lesion. The dural tail sign is a non-specific sign but one that suggests a meningioma. On MR, meningiomas are isointense to hypointense on TIW images with marked contrast enhancement. On T2W images they are isointense to slightly hyperintense in signal.

The multiplanar imaging capability of MR is useful in defining the exact anatomical location of the lesion.

The olfactory groove meningioma accounts for about 10% of intracranial meningiomas. They arise in the midline between the crista galli and tuberculum sella. Olfactory groove meningiomas may be symmetrical around the midline or extend to one side or the other. 10 to 15% grow into the ethmoid sinuses. They may present with anosmia, personality change, psychological effects, epilepsy and other frontal lobe symptoms. When large they may involve the visual pathways causing visual field defects. They are slow growing tumors frequently reaching large size before detection.
Pubblicato da David Spizzichino a 16:00