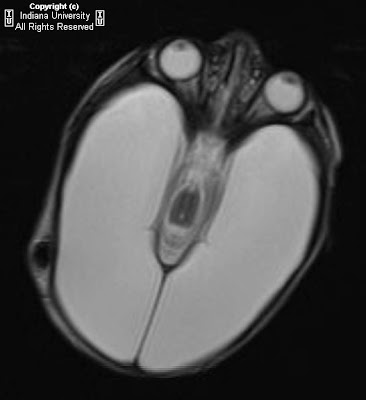 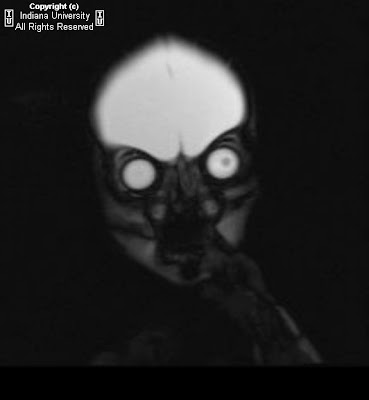 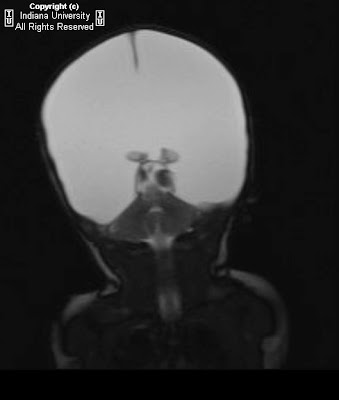 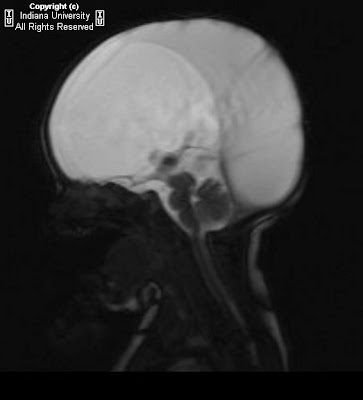 There is near complete absence of supratentorial brain parenchyma, which is replaced with CSF, with an intact falx. The brain stem and cerebellum are present and grossly normal in appearance.