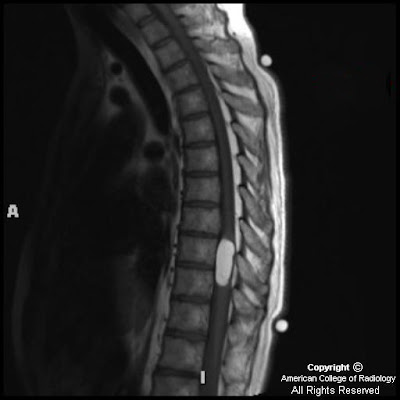 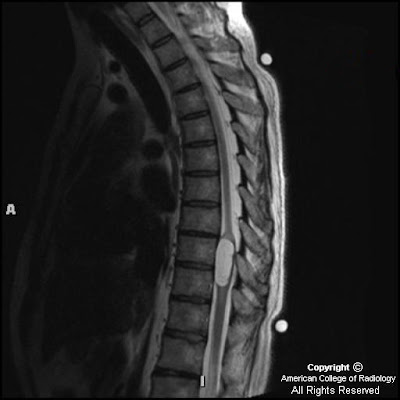 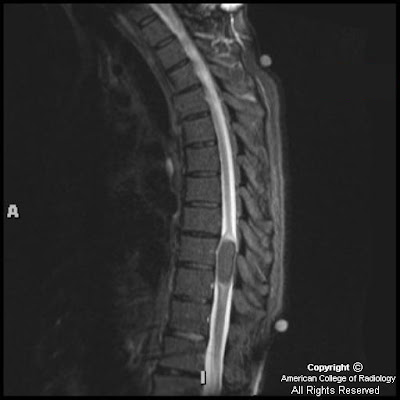 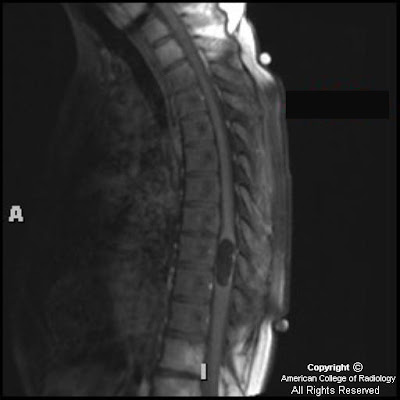 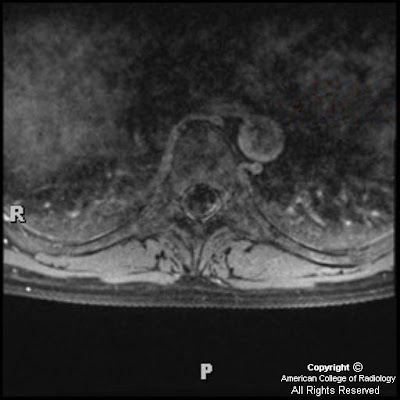 
99% of intramedullary lipomas are associated with spinal dysraphism. Most tumors occur in the dorsal cervical and thoracic cord.

Intramedullary lipomas are rare. These comprise 1-2 % of intramedullary tumors. Multiple noncontiguous intramedullary lipomas are even rarer. These affect both sexes equally. Most patients present with symptoms during the first 2 -3 decades of life. Most have a slow progression of neurological deterioration. Sensory disturbances, pain, ataxia and lower extremity weakness are the most common presenting complaints. Urinary and bowel incontinence present later. CT can show a fatty lesion and MRI is diagnostic. They have a short T1 relaxation time and are bright on T1 weighted images and also bright on T2 weighted images following signal intensity of subcutaneous fat. There is very little enhancement. Treatment is still controversial and some physicians advocate early decompression before onset of symptoms because of significant residual deficits after surgery in symptomatic patients. Complete resection is not possible in intramedullary lipomas.
Pubblicato da David Spizzichino a 16:00