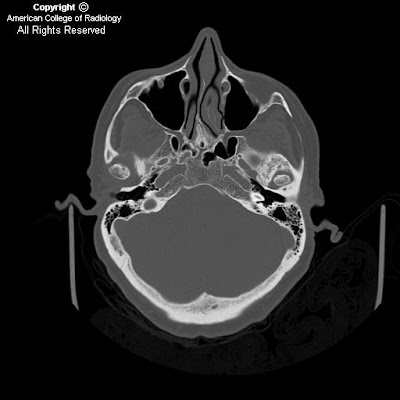 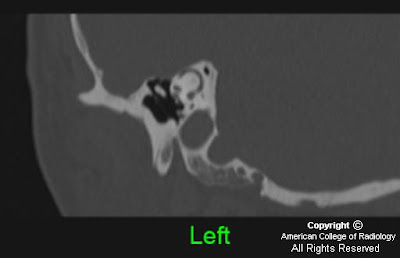 Imaging is critical in the diagnosis of semicircular canal dehiscence, and it is only with the advancements in thin section MDCT and multiplanar reconstructions that have made effective evaluation possible. Non contrast temporal bone CT is the examination of choice. Oblique coronal reconstructions are often the most useful. MR imaging cannot be used to diagnose semicircular canal dehiscence but may be of benefit in ruling out other pathology.

Semicircular canal dehiscence is fortunately a treatable form of vestibular disturbance. A conservative approach with earplug use and avoidance of provoking stimuli may be appropriate in certain circumstances. Surgical correction varies from middle fossa craniotomy and covering of the defect with bone wax, cement, or fascia to less invasive approaches involving reinforcement of the oval and round windows to decrease their movement. Techniques are still evolving.
Pubblicato da David Spizzichino a 16:00