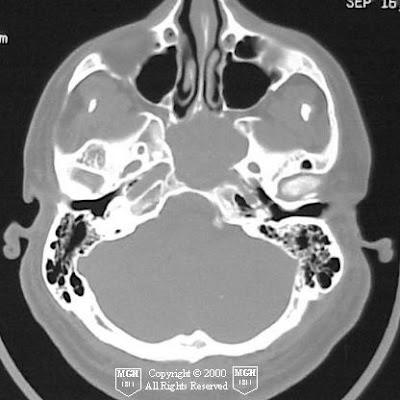 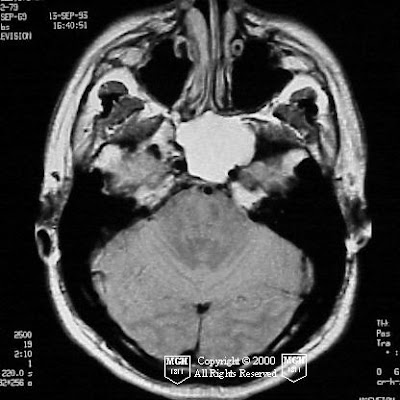 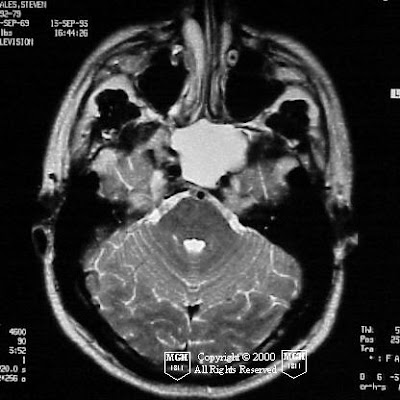 Plain film: The sinus may appear clouded, and the normal scalloped contour is lost as the mass enlarges. The normal white mucoperiosteal line is poorly seen. If preceded by chronic sinusitis, the sinus bones may show reactive bony changes.
CT: Mucocele usually appears as an expanded sinus cavity filled with material of homogeneous mucoid attenuation (10-0 HU). Rarely the material is of higher attenuation thought due to a higher protein content. Mucoceles generally do not enhance.
MRI: Signal is dominated initially by water content (95%). With chronicity (several months) the protein concentration and viscosity of the fluid increase and so does the T1WI signal. Usually T2WI bright; may decrease with time and lower water content.
Pubblicato da David Spizzichino a 16:00