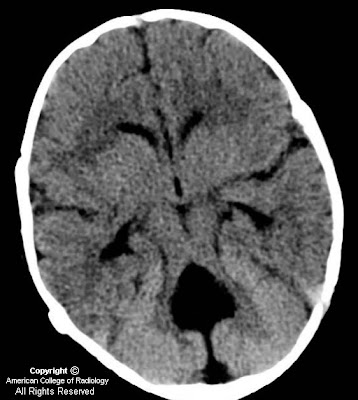 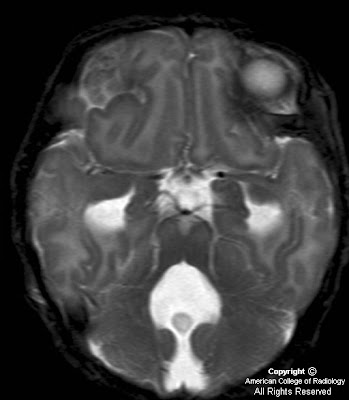 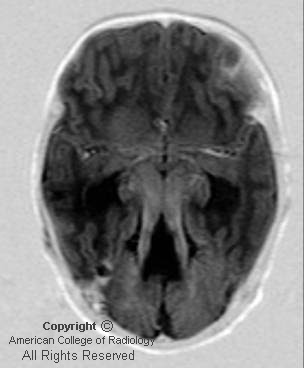 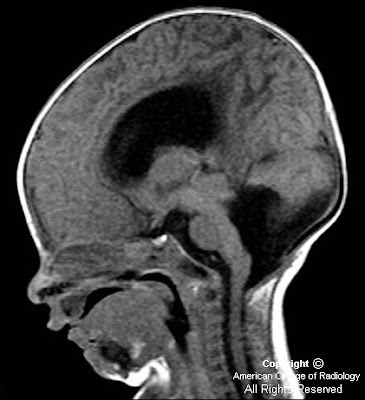 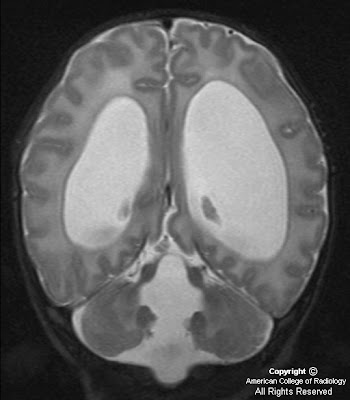 From an imaging perspective, these patients have either complete or partial agenesis of vermis, which results in triangular-shaped mid fourth ventricle and a bat-wing appearance in its superior aspect. The cerebellar hemispheres oppose one another in the midline due to absence of vermis. The isthmus and the midbrain are small in AP diameter, likely secondary to absence of decussation of the superior cerebellar peduncles. This appearance of small brainstem with elongated and thickened superior cerebellar peduncles has been termed the molar tooth sign. It has been proposed that both the superior cerebellar peduncles and the corticospinal tracts remain uncrossed in these patients. The classic imaging findings are, however, not completely specific for Joubert syndrome and have been found recently in a number of very rare congenital syndromes.
Pubblicato da David Spizzichino a 16:00