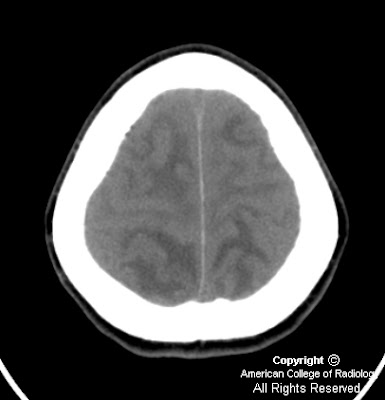 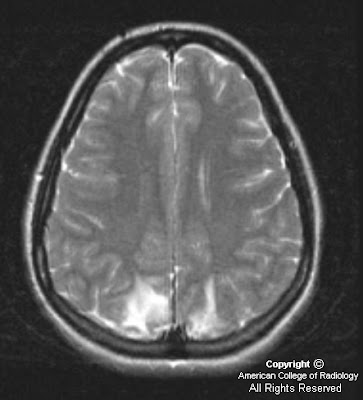 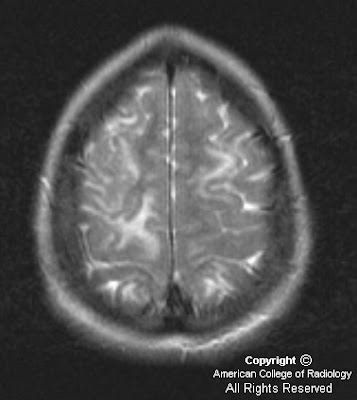 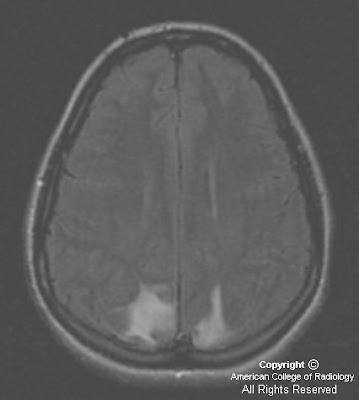 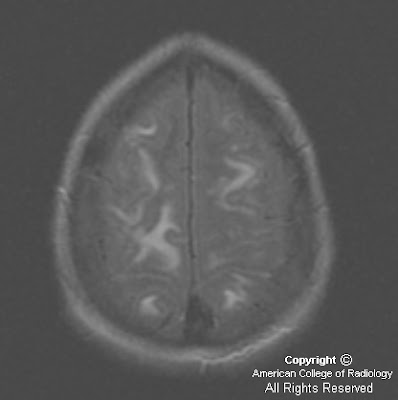 
PRES has been associated with several conditions, such as acute glomerulonephritis, thrombotic thrombocytopenic purpurpa, and hemolytic uremic syndrome, drug toxicity, cryoglobinemia, and systemic lupus erythematosis. Drug toxicity from Cisplatin, interferon, erythropoietin, tacrolimus, and cyclosporin has been documented as a cause of PRES. Most cases are thought to be the result of inability of the posterior circulation to autoregulate blood flow in the setting of acute hypertension. This in turn leads to endothelial and blood brain barrier injury with resultant vasogenic edema. Patients typically have signs or symptoms of headache, mental status changes, acute hypertension, and seizures. When imaging findings are compatible with PRES, one should also search for potential complications, including hemorrhage and stroke. Follow-up imaging should be performed when the hypertension is reversed. Most patients respond well with hypertensive management and treatment of the underlying etiology.