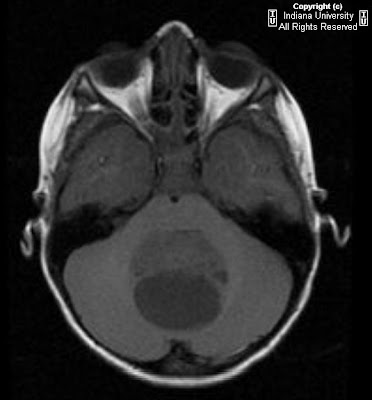 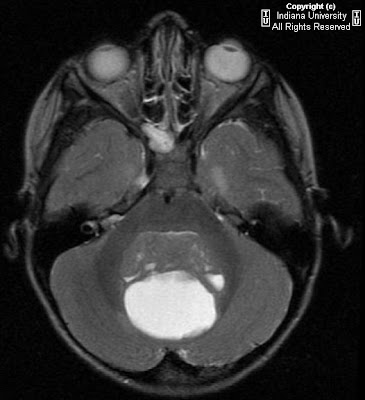 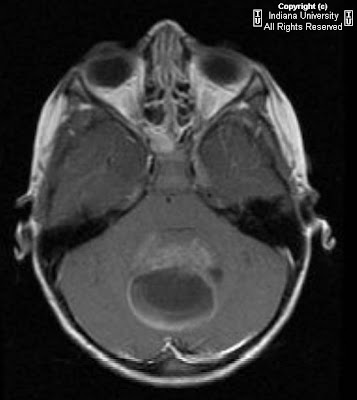 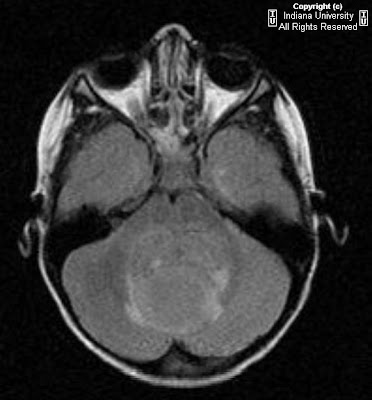 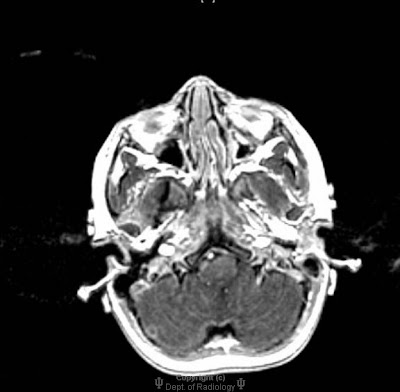 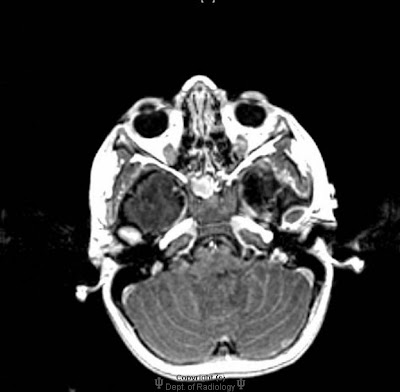 Medulloblastoma is somewhat more common in males than females with a ratio of approximately 1.5 to 1. This tumor accounts for approximately 7-8% of all intracranial tumors but over 30% of pediatric brain tumors. 75% of the cases occur in children, but the tumor can be seen at any age. The median age of presentation is 9 years. Presentation usually is secondary to hydrocephalus which develops because of mass effect from the tumor on the normal cerebrospinal fluid pathway. Truncal ataxia and trouble walking can be seen secondary to tumor invasion in to the cerebellum. Medulloblastomas can be seen in syndromes such as Gorlin's and Turcot's syndromes.

Medulloblastoma is a primitive neuroectodermal tumor which means it is a small round blue cell tumor. These types of tumors typically are tightly packed which results in a higher density than surrounding soft tissues. This fact helps with the diagnosis as these tumors will appear dense on noncontrasted head CT. This tumor will typically intensely and homogenously enhance. Calcification can be seen but it is uncommon.

Medulloblastoma can become metastatic via CSF spread. This a poor prognostic factor. Preoperative MRI can help identify metastatic lesion so they can be removed at initial surgery if possible. Surgery is the first line therapy for medulloblastoma. Postoperative chemotherapy and radiation are employed as well. The radiation therapy is extensive with the entire spine and brain being irradiated. With the combination of these three therapies the patients can reach an 80% 5-year survival rate excluding the metastatic at time of diagnosis patients.
Pubblicato da David Spizzichino a 16:00