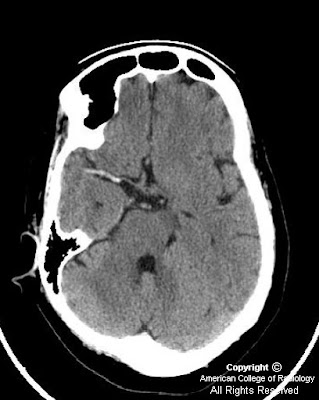 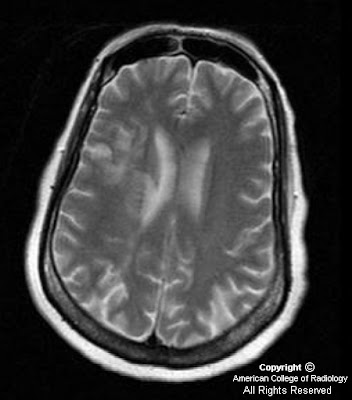 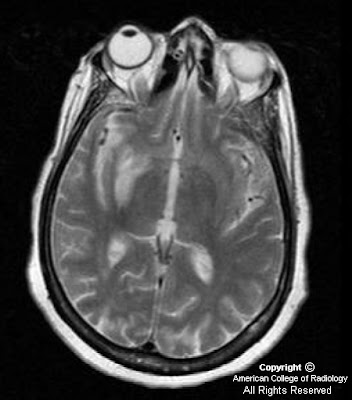 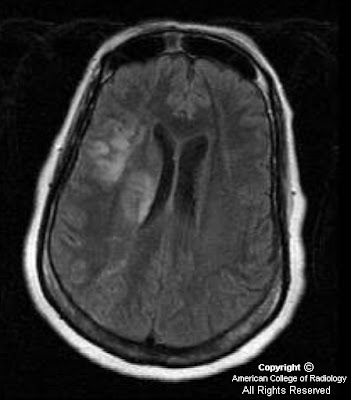 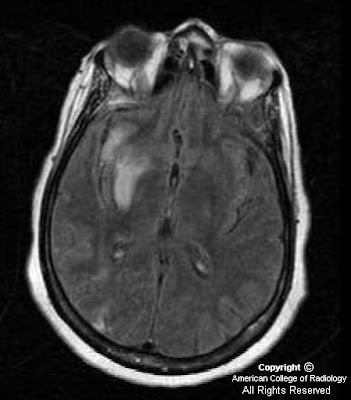 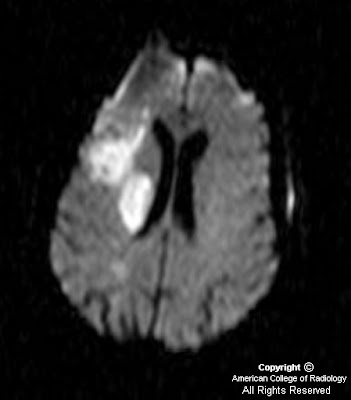 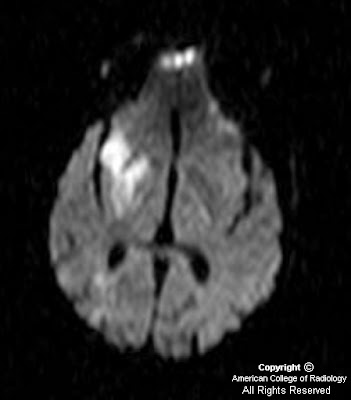 
Cerebrovascular accident (CVA), or stroke, is caused by disruption of blood flow to an area of the brain as the result of infarction or hemorrhage. Atherosclerosis as the primary cause, early diagnosis and intervention are critical to limit morbidity and mortality. CT can be unremarkable during the first few hours of acute ischemic stroke.

Early acute subtle findings include loss of gray/white differentiation (e.g. “insular ribbon” sign), effacement of cortical sulci and a hypodense area (secondary to cytotoxic edema) corresponding to a particular vascular distribution, which is the middle cerebral artery approximately 50% of the time. Less frequently, increased attenutation of an arterial segment indicating presence of thrombus may be identified (as in this case). Similar acute changes representing brain swelling are also noted on MR. Acute stroke manifests as areas of DWI hyperintensity within one to two hours. If contrast enhancement is utilized, intravascular enhancement is commonly seen during the first week. Typically noted at 1 to 3 days, enhancement of the involved vessel is thought to be due to slow flow or vasodilation leading to stasis of gadolinium. Thus, MR intravascular enhancement helps identify early strokes and dates them to less than 11 days old.

On the other hand, parenchymal enhancement typically begins after the first week when intravascular enhancement is waning and indicates a more subacute event.

In the chronic phase (> 30 days) further decrease in mass effect and eventual resolution of parenchymal enhancement is seen. Encephalomalacia and loss of enhancement are characteristic.
Pubblicato da David Spizzichino a 16:00