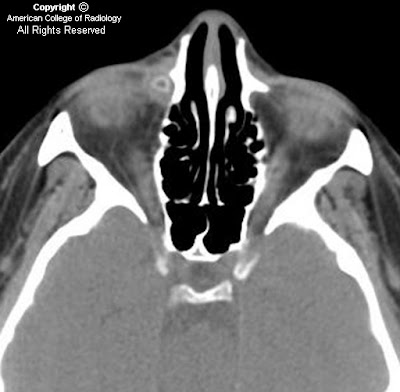 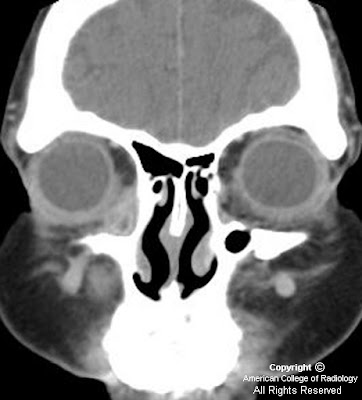 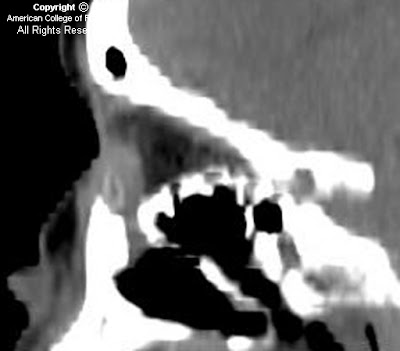 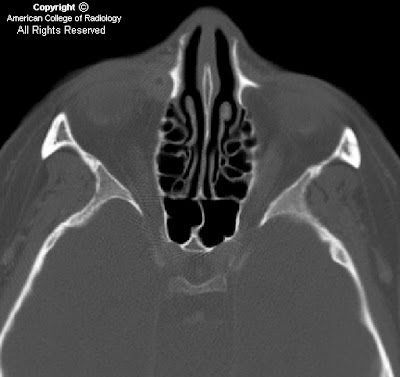 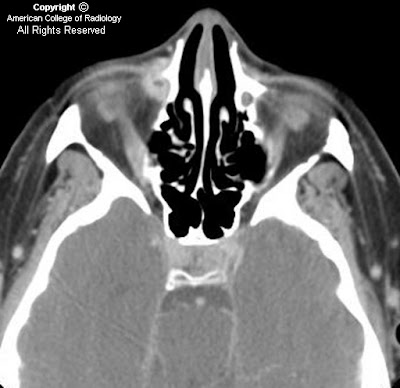 
Excess tears are drained by the nasolacrimal duct system (NLDS) which consists of superior and inferior canaliculi, a lacrimal sac and a lacrimal duct. The canaliculi openings at the medial lid margins are called puncta. The superior and inferior canaliculi join medially to form a common canaliculus which enters the posterior wall of the lacrimal sac. The nasolacrimal duct drains the sac into the nasal cavity below the inferior turbinate. Obstruction of the NLDS causes epiphora (excessive tearing) and eventually dacryocystitis (inflammation of the lacrimal sac). The etiology of obstruction may be congenital or acquired, including inflammation, infection, trauma or neoplasm. The most common infectious organisms in acute congenital and acquired dacryocystitis are Streptococcus pneumoniae and Staphylococcus aureus respectively. Untreated dacryocystitis can result in orbital cellulitis, corneal involvement, lacrimal sac mucocele and, rarely, orbital abscess. Also keep in mind that lesions arising from the nasal cavity, orbits or paranasal sinuses can simulate dacryocystitis clinically. CT is very useful in the evaluation of epiphora, palpable medial canthal masses, and the detection of the orbital complication of dacryocystitis. Contrast dacryocystography is capable of determining NLDS patency, as well as the site and degree of obstruction.

Dacryoliths are present in 10%-30% of patients with chronic dacryocystitis. The etiology of dacryolithiasis is unclear but predisposing factors such as infection and stasis are often related to calculus formation. The majority of the stones contain calcium phosphate which has high attenuation on CT. Peripheral calcification gives a characteristic “rice kernel” appearance. The standard treatment is surgical removal of the dacryolith in conjunction with external dacryocystorhinostomy.