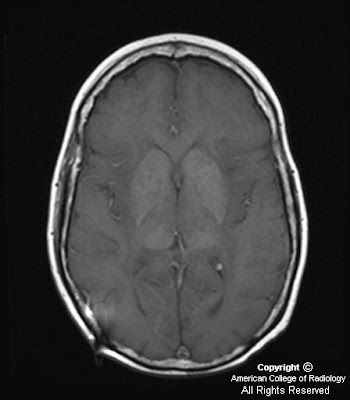 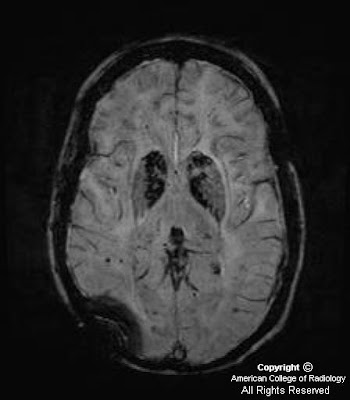 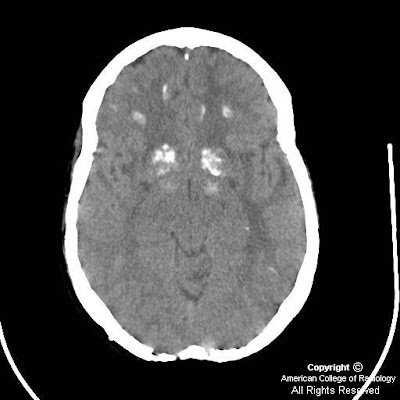 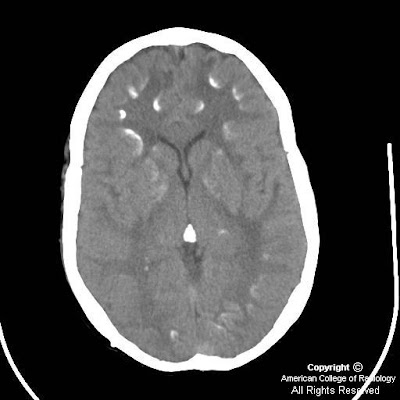 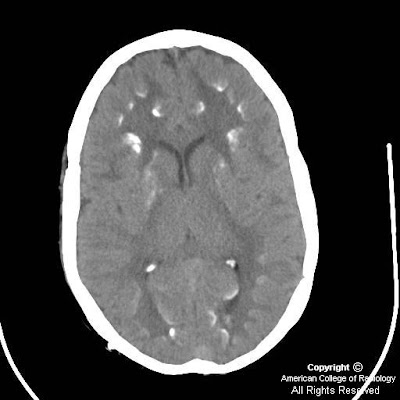 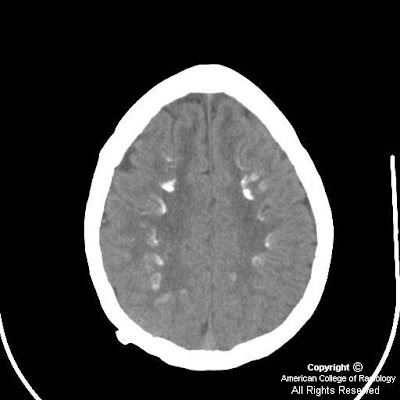 
Mineralizing microangiopathy is a distinctive histopathologic process involving the microvasculature of the central nervous system. Pathologically there is hyalinization and fibrinoid necrosis of small arteries and calcium deposition. It is usually seen following combined radiation and chemotherapy for the treatment of CNS neoplasm in childhood, although it can be seen in patients receiving only radiation. There is no direct correlation between the extent of the radiological findings and patient’s symptoms. However age appears to be important as most cases have been reported in patients receiving treatment before 10 years of age.

Radiological manifestations include parenchymal calcification within the basal ganglia, specifically the putamen and thalamus. There might be involvement of adjacent white matter tracts, cerebral or cerebellar cortex but this is less likely. MRI evaluation may show high signal on T1 images and low signal on T2 images within the above mentioned areas corresponding to calcifications. Although there is usually low signal on both sequences due to a paucity of protons, high signal can be explained by a surface relaxation effect by the calcium salt particle precipitated in the brain. Differentiating treatment induced abnormalities from residual or recurrent tumor is often difficult and requires close clinical and radiological correlation.

Histologically, the calcifications seen in mineralizing microangiopathy are present within the walls of precapillary arterioles, capillaries, venules, and smaller arteries such as the lenticulostriate. Involvement of adjacent white matter tracts, cerebral cortex and cerebellar structures has also been described but is less common.
Pubblicato da David Spizzichino a 16:00