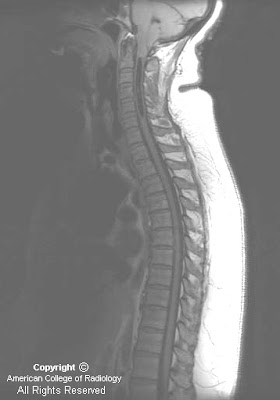 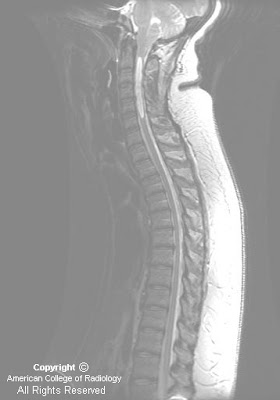 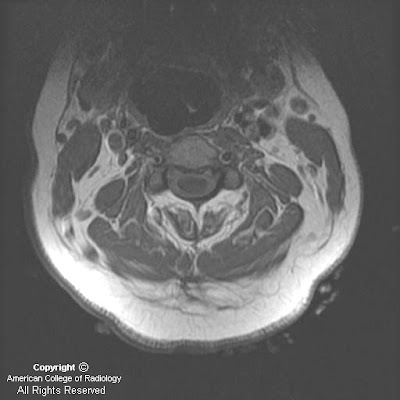 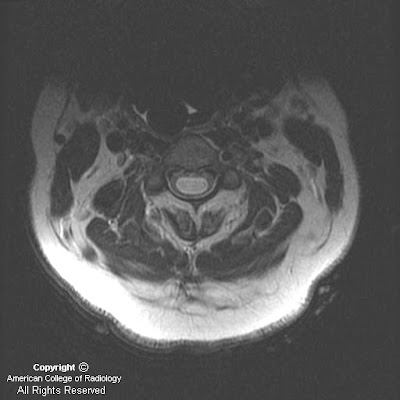 X-ray will show the associated skeletal anomalies, such as skull base invagination, scoliosis, kyphosis, cervical ribs, and many other skeletal anomalies. Axial images with CT may demonstrate an obliterated cisterna magna, tonsillar ectopia, and a normal fourth ventricle. CT may be useful in patients who have contraindications to MRI. MRI is the study of choice, as tonsillar position and configuration are easily identified along with other associated findings, such as syringomyelia. Most findings are best viewed in the sagittal plane.
Pubblicato da David Spizzichino a 16:00