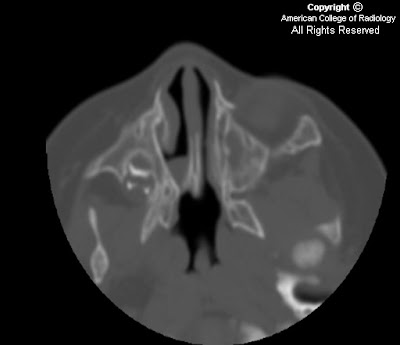 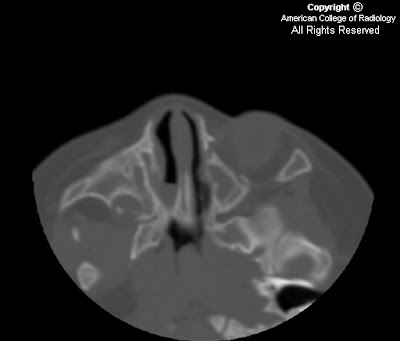 There is bony obstruction of the right choana (Figure 1 and Figure 2) with an air fluid level in the meatus. Note the thickening of the vomer (Figure 1) and the hypoplastic right inferior turbinate (Figure 1).

Thin-axial section CT of the maxillofacial bones is recommended to make the diagnosis. Narrowing of the posterior choana less then .34 mm in children less than 2 years old is diagnostic. Associated findings include thickening of the vomer and medial bowing of the posterior maxilla. The nasal cavity may be filled with soft tissue or fluid. If the diagnosis is suspected, suctioning of the child before scanning is recommended. A thick or thin obstructing membrane may also be present.