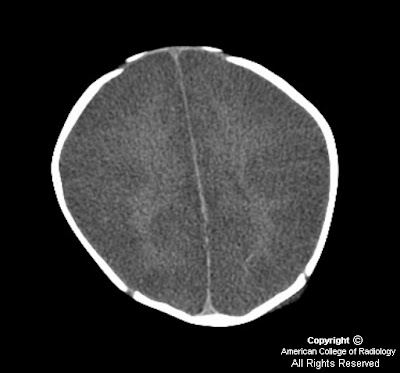 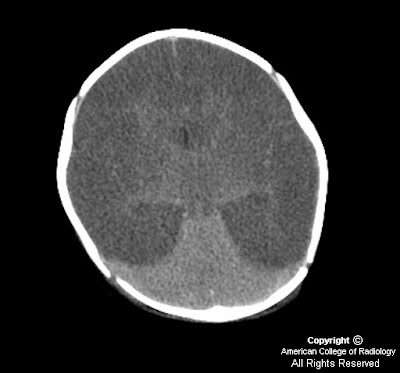 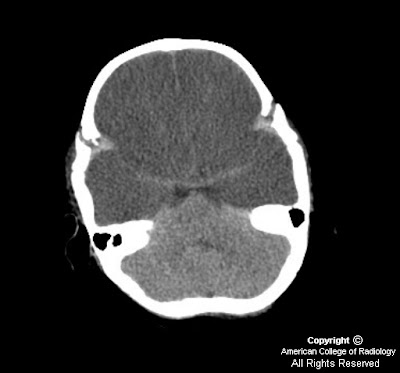 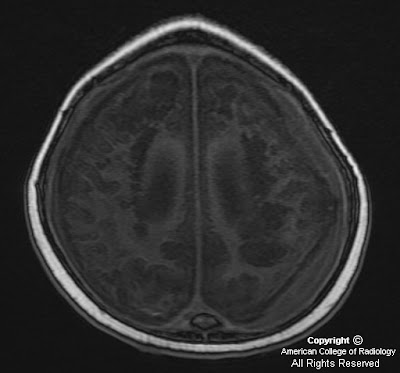 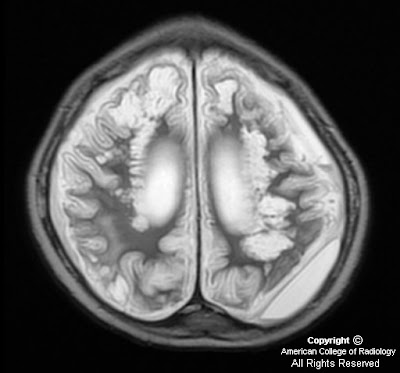 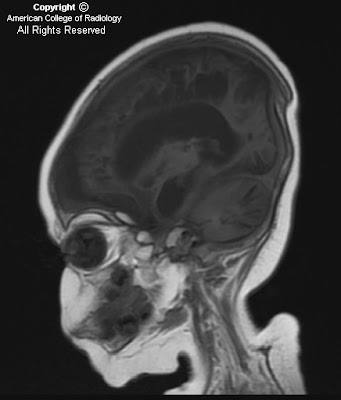 Figure 1, Figure 2, Figure 3: There is diffuse cerebral edema with loss of grey-white interface. A "hyperdense" cerebellum and hyperdense MCA vessels are seen. These are, in fact, normal in attenuation, but appear bright when compared with the hypoattenuated adjacent edematous brain.
Figure 4, Figure 5, and Figure 6: MR images demonstrate periventricular cystic spaces and are evidence of remote ischemic changes. There is a subdural fluid collection.


Spinal muscular atrophy (SMA) collectively refers to a family of disorders characterized by progressive degeneration of motor neurons in the spinal cord and brainstem. These disorders are inherited in an autosomal recessive pattern, with deletions or mutations in the survival motor neuron (SMN) gene at the 5q11 locus. Patients present with diffuse symmetric proximal muscle weakness, which is more pronounced in the lower extremities.

In general, there are three recognized types of SMA. These three types are clinically distinguished from one another based upon the age at presentation and the severity of disability. An earlier onset of disease correlates with a worse prognosis, however prognosis is primarily attributed to the severity of muscle weakness.


Werdnig-Hoffman disease is both the most severe and the most common form of SMA. Mothers may report decreased fetal movement during the last trimester of pregnancy, and neonates typically present with generalized hypotonia. Involvement of the bulbar muscles leads to difficulty feeding, aspiration, and pneumonia. Involvement of the diaphragm and intercostal muscles leads to progressive respiratory insufficiency. All of these factors result in chronic hypoxia, and eventually death.

The diagnosis of SMA in patients presenting with the appropriate clinical signs and symptoms is confirmed with electromyography, nerve conduction studies, muscle biopsy, and molecular (genetic) analysis. Treatment is primarily supportive.

Hypoxic-ischemic injury to the brain in the term infant is dependent on two factors: the length of the hypoxic episode and the degree of the hypoxia. The damage caused as a result of partial hypoxia differs from that of profound asphyxia.

Total anoxia will lead to hypoxic-ischemic encephalopathy (HIE). In this case, the regions of the brain most affected are those with the highest metabolic demand. This includes the basal ganglia, thalami, hippocampi, brainstem, corticospinal tracts, and sensorimotor cortex.

MR is the most sensitive and specific imaging modality in the identification of neonatal hypoxic-ischemic injury. T2-weighted images of the spinal cord in Werdnig-Hoffmann disease will reveal high-signal intensity lesions in the region of the anterior horn secondary to motor neuron loss and associated edema.
Pubblicato da David Spizzichino a 16:00