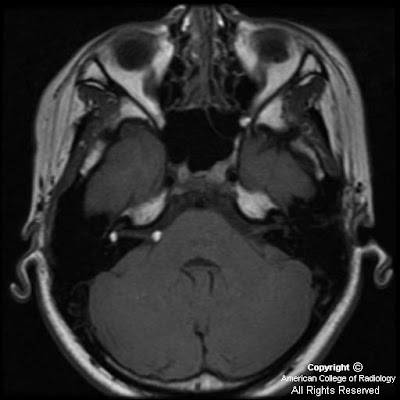 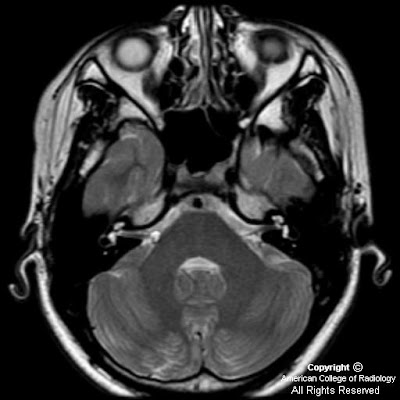 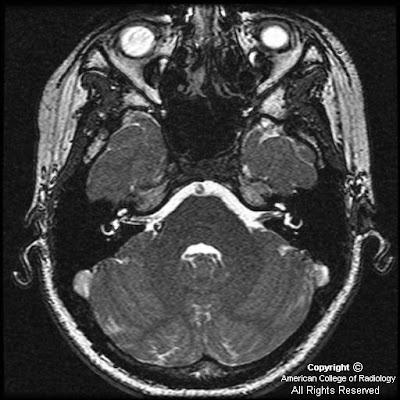 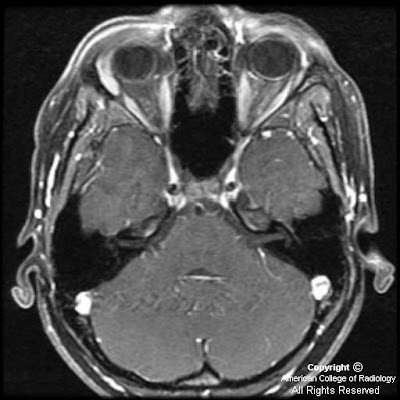 Intracranial lipomas are thought to be congenital lesions. While most are asymptomatic, they can grow over time and cause clinically significant symptomatology. They occur most commonly in the interhemispheric, quadrigeminal/superior cerebellar, and suprasellar/interpeduncular regions, followed by the cerebellopontine angles. Intravestibular lipomas are extremely rare, with only a few cases reported in the literature. However, there is a known association between cerebellopontine angle lipomas and intravestibular lipomas.

In this case, the very high signal in both lesions on the T1-weighted images suggests fat content. Low-signal rims around the lesions on relatively T2-weighted gradient series (such as True FISP or FIESTA) is due to chemical shift at the fat-CSF boundary. Fatty content is definitively confirmed by a fat-saturated T1-weighted sequence.
Pubblicato da David Spizzichino a 16:00