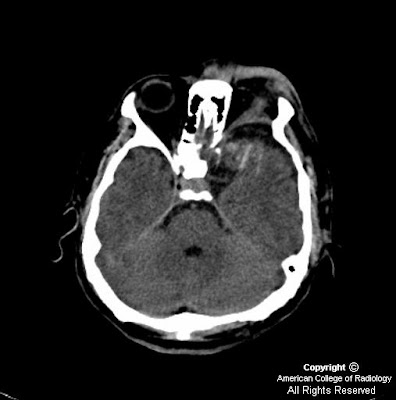 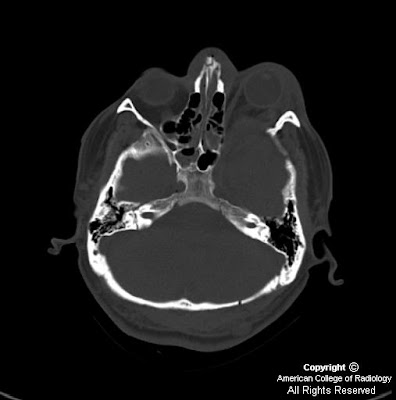 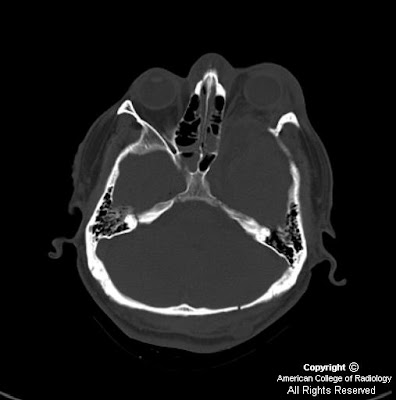 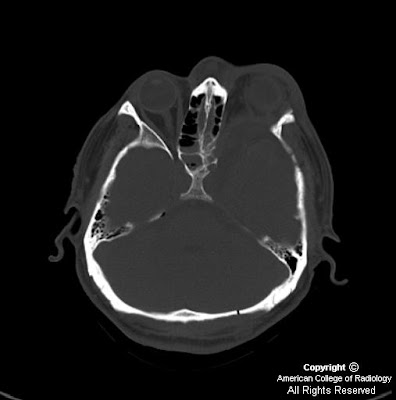 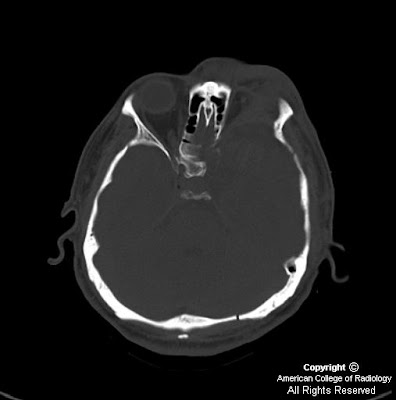 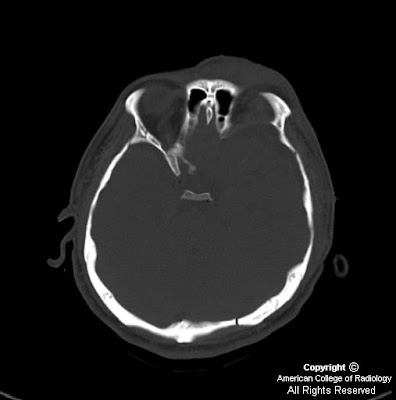 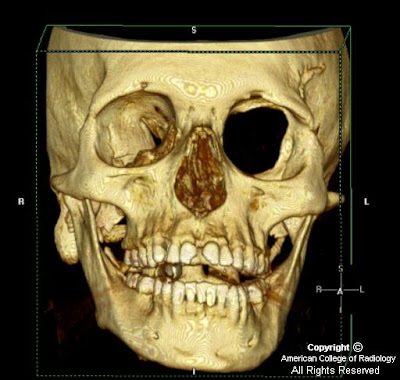 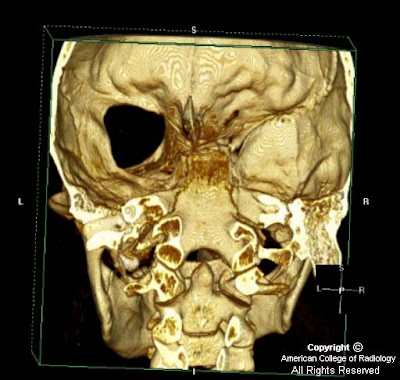 Figure 1: CT head without contrast demonstrates partial protrusion of the left temporal lobe and associated dura and CSF through the bony defect producing distortion of the optic nerve and proptosis. Also of note is a contusion in the left temporal lobe and left preseptal soft tissue swelling.
Figure 2, Figure 3, Figure 4, Figure 5, and Figure 6: CT head without contrast demonstrates absence of the left sphenoid wing. There is also a left occipital and right petrous bone fracture.
Figure 7 and Figure 8: Anterior and posterior volume rendered 3-D CT images demonstrate a gaping bony defect in the posterior aspect of the left orbit. The normal anatomical landmarks of the optic nerve canal, superior and inferior orbital fissures are not identified, and the anterior clinoid is not present. The margins of the bony defect are smooth and regular suggesting that this is developmental in nature.


Sphenoid wing dysplasia can occur as an isolated finding or in patients who have Neurofibromatosis type 1. Approximately 50% of cases are associated with neurofibromatosis type 1. Sphenoid dysplasia has been reported to occur in 1 to 7% of patients with neurofibromatosis. Sphenoid wing lesions are usually asymptomatic, but patients can present with pulsating exophthalmos or enopthalmos. Others can present with vision impairment, extra-ocular muscle impairment or inflammation of the conjunctiva.

The radiological features of sphenoid wing dysplasia are a defect in a part or all of the greater wing, elevation of the lesser wing and distortion of the sella. There may be elevation of the superior orbital fissure, enlargement of the temporal fossa in all directions and lifting of the sphenoid ridge out of the orbit.