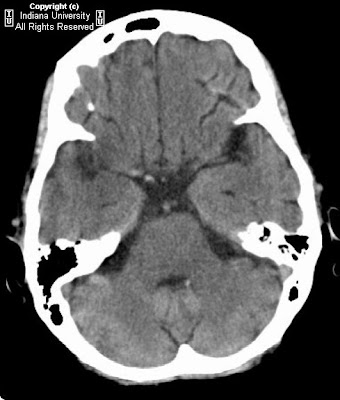 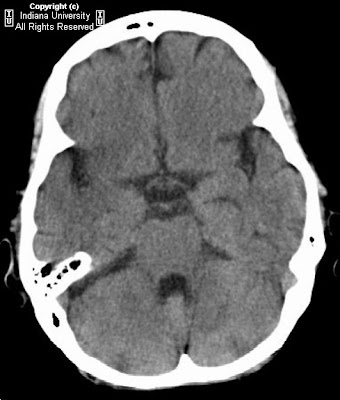 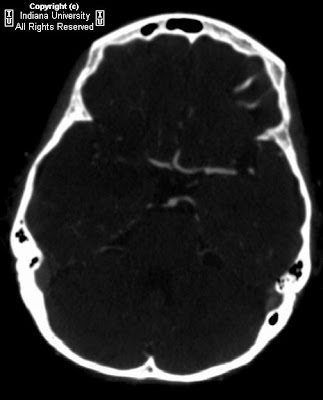 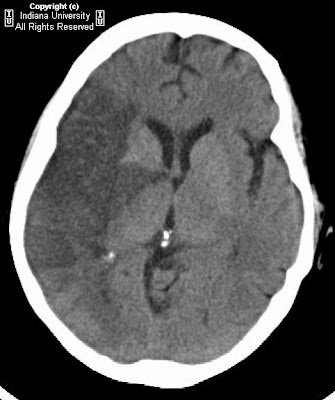 Stroke is the 3rd leading cause of death in the United States, with the mortality rate from each episode estimated between 15%-35%.
The middle cerebral artery is the most common major vessel involved, with 75% of ischemic infarctions arising in the MCA territory.
Pathophysiology: Ischemia from vascular occlusion or hypoperfusion leads to cascade of cellular events resulting in failure of membrane pumps, causing efflux of potassium ions and influx of calcium ions, sodium ions, and water. This leads to cytotoxic edema, which can be detected on imaging studies as increased water content in the affected area.
The imaging characteristics of cerebral infarction are caused primarily by changes in brain water. This causes hypoattenuation on CT, low signal on T1-weighted MR images, and high signal on T2-weighted and diffusion-weighted MRI.
Noncontrast CT represents an important branching point in the work-up of suspected stroke. Its chief utility is detecting the presence or absence of hemorrhage, which contraindicates thrombolytic therapy.
Abnormalities on non-contrast CT can be seen between 3 and 6 hours after vessel occlusion in 60% of patients. The sensitivity for detecting ischemic stroke improves markedly by 24 hours after the event.

Early signs of ischemic MCA infarction on CT:
- Hyperdense middle cerebral artery sign: The actual thrombus can be visualized as a hyperdense focus within the vessel in 35-50% of acute MCA occlusions.
- Insular ribbon sign: Loss of gray-white differentiation in the insular cortex.
- Lentiform nucleus edema sign: Hypoattenuation from early edema in the putamen.
- Subtle effacement of cortical sulci (only 8% in early acute phase).
- Calcification within a vessel wall or high hematocrit level in normal arteries can mimic the hyperdense vessel sign.
- Hemorrhagic transformation occurs in 15% of MCA infarcts.
Pubblicato da David Spizzichino a 16:00