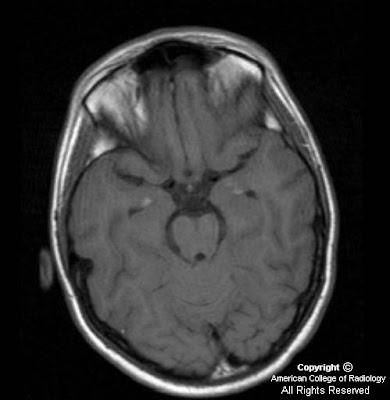 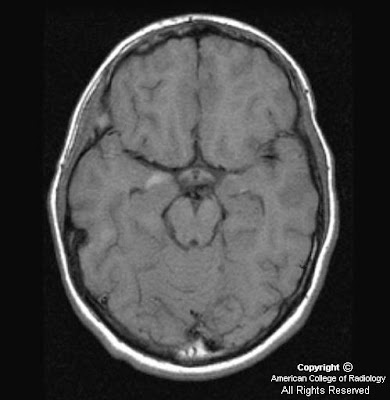 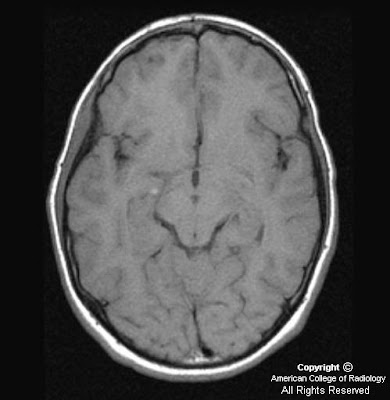 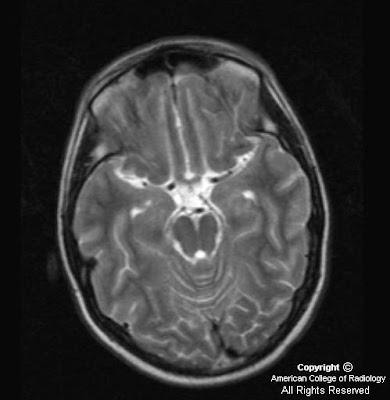 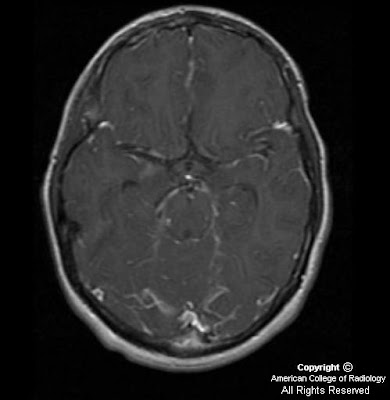 
Neurocutaneous melanosis is a rare form of a congenital, nonfamilial neuroectodermal dysplasia in children, who may demonstrate intracranial symptomatology, usually within the first decade of life. It has been identified in patients with von Recklinghausen’s disease and Sturge-Weber disease. The congenital skin lesions may occur as multiple or giant hairy pigmented cutaneous nevi.

The leptomeningeal involvement is suspected by demonstration of melanocytosis in cerebrospinal fluid and confirmed by the biopsy of the brain or spinal cord.

Patients commonly present with signs and symptoms related to hydrocephalus. Treatment is palliative, with no significant alteration in the course of the disease.
Pubblicato da David Spizzichino a 16:00