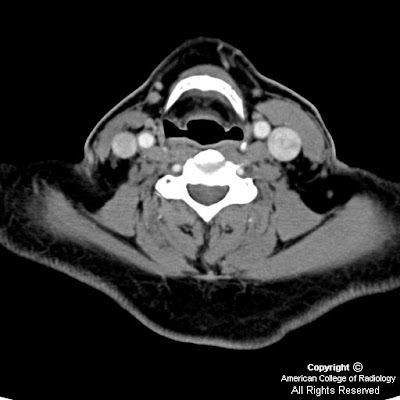 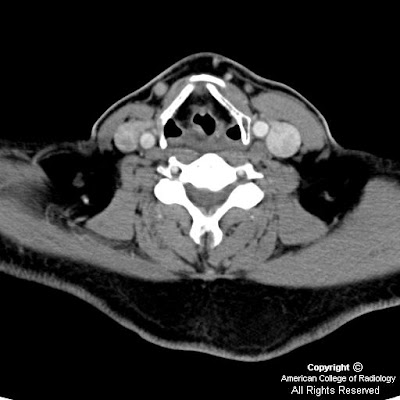 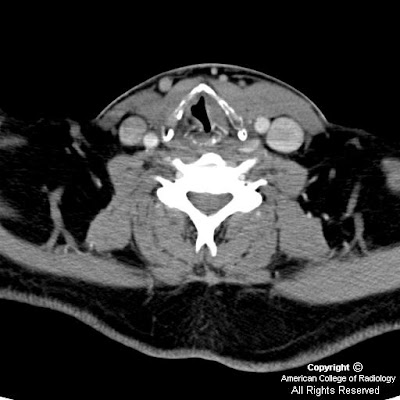 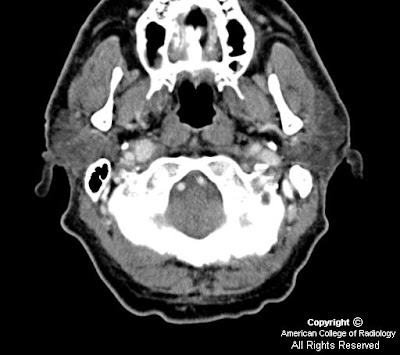 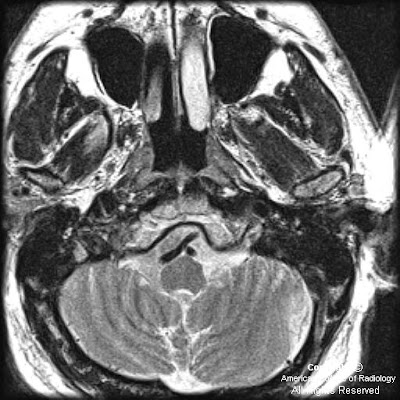 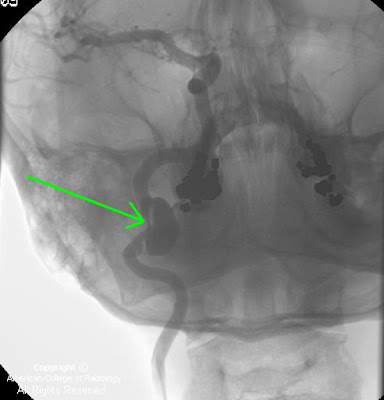 
Unilateral vocal fold paralysis (UVFP) occurs from a dysfunction of the recurrent laryngeal or vagus nerve innervating the larynx. Clinical presentation includes characteristic hoarseness often accompanied by swallowing disabilty, weak cough, and sometimes shortness of breath. Its is important to note that a high vagal lesion results in both a recurrent laryngeal nerve and superior laryngeal nerve palsy with the latter resulting in significant anesthesia of the pharynx and increasing the risk for aspiration

Causes of vocal cord paralysis are varied with nearly 25% classified as toxic or idopathic. Post-surgical cord paralysis is another important consideration often without specific imaging findings. Identifiable causes include mass compression and or malignant invasion. Although rare, aneurysm or pseudoaneurysm of the cervical internal carotid artery should be considered in the differential diagnosis of a carotid space mass. Because of the intimate proximity of structures within the carotid space, it is sometimes difficult to definitively determine the epicenter of an enhancing lesion. However, as the resolution of cross-sectional imaging improves, preoperative characterization is increasingly possible. A demonstrable arterial connection, arterial enhancement, peripheral calcification, and flow void on MR imaging is suggestive of the diagnosis.
Pubblicato da David Spizzichino a 16:00