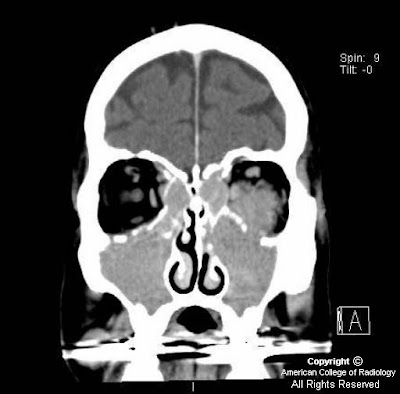 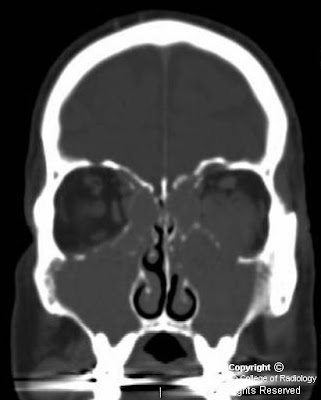 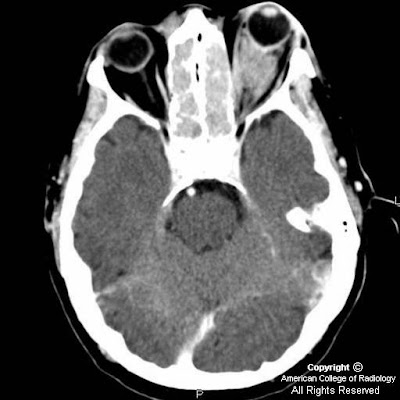 
Malignant neoplasms of the nasal cavity and paranasal sinuses occur primarily in the 5th to 6th decade. Exposure to industrial fumes, leather tanning and even wood dust have been implicated in the carcinogenesis of certain malignant sinonasal tumors. Interestingly cigarette smoking and heavy alcohol consumption have not been linked to sinonasal cancers despite there strong association with other head and neck cancers.

Lymphomas of the sinonasal tract are uncommon neoplasms that can be clinically and radiologically difficult to distinguish from destructive non-malignant processes such as aggressive sinusitis or benign neoplasms. Primary sinonasal lymphoma is rare in western populations, but is more common among Chinese and Japanese populations. Approximately 2000 cases of sinonasal cancer are diagnosed each year in the United States. Lymphoma accounts for less than 5% of all sinonasal cancers and less than 1% of all head and neck cancers.

In Asian populations Natural Killer or T-cell (NK/T-cell) immunophenotypes are more common then B-cell where-as in western populations, there seems to be a slight B-cell predominance. Prognostically NK/T-cell lineage lymphomas have a worse outcome then B-cell. The reason of this discrepancy is not clear but may be related to NK/T-cell frequent expression of an energy-dependent efflux pump capable of transporting chemotherapeutic drugs out of the cell.

Computed tomography (CT) and magnetic resonance imaging (MRI) play complementary roles in determining the full extent of a sinonasal neoplasm. CT is useful to detect bone erosion but can be limited to differentiate the extent of the tumor particularly as the mass approaches the periobita. MRI provides excellent delineation of tumor from surrounding inflammatory tissue and secretions within the sinuses which often accompany obstructive masses. Most sinonasal tumors are highly cellular and give intermediate signal intensity on both T1 and T2 weighted imaging and demonstrate diffuse enhancement.
Pubblicato da David Spizzichino a 16:00