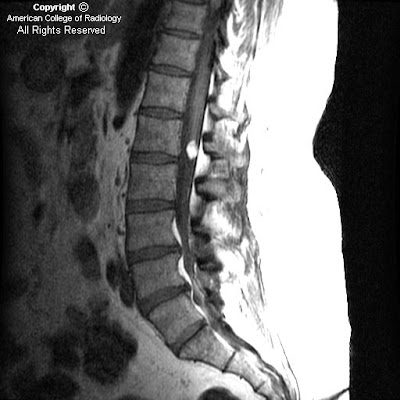 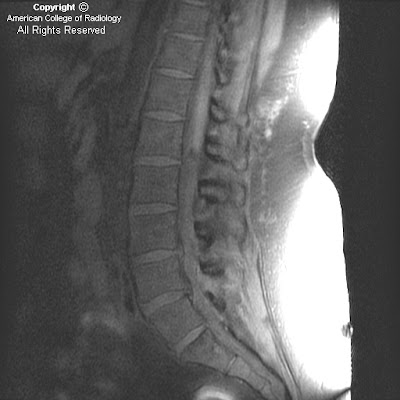 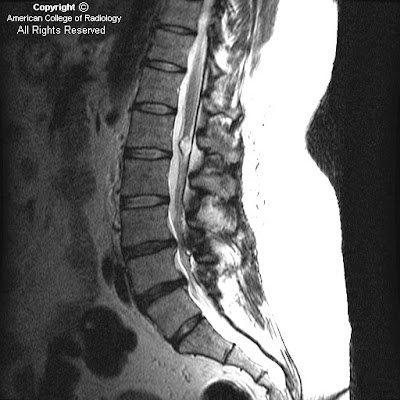 Lipomyelomeningoceles, which account for 84% of spinal lipomas, can be thought of as similar to myelomeningoceles with associated lipomas, fibromuscular capsules, and intact overlying skin surface. Unlike myelomeningoceles, however, there is no association with Chiari II malformation. They may present with neurologic abnormalities, including neurogenic bladder, as well as associated osseous deformities.

Fibrolipomas of the filum terminale are of fat signal intensity, but are thinner and more linear in nature and may involve the filum itself and/or its lower dorsal dural attachment. Many are asymptomatic, although spinal lipomas as a group are the most common cause of cord tethering.
Pubblicato da David Spizzichino a 16:00