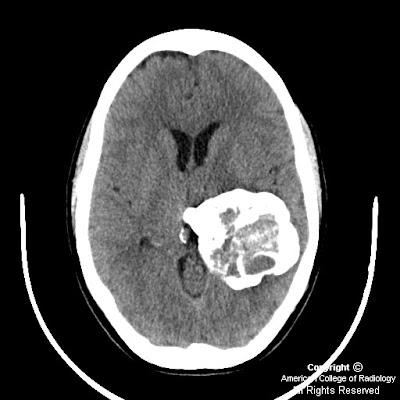 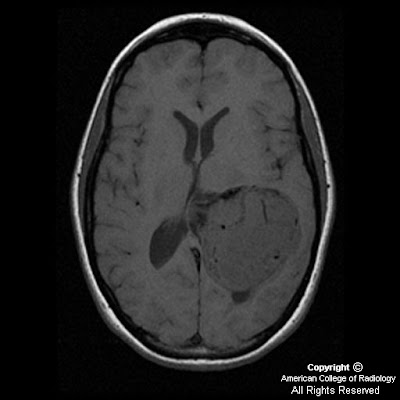 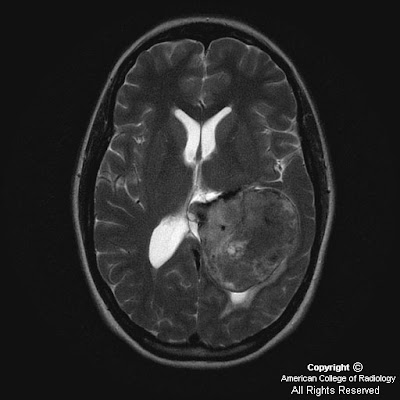 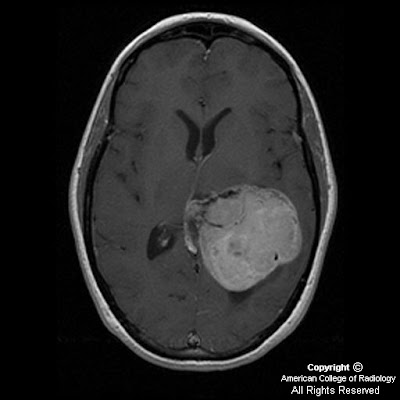 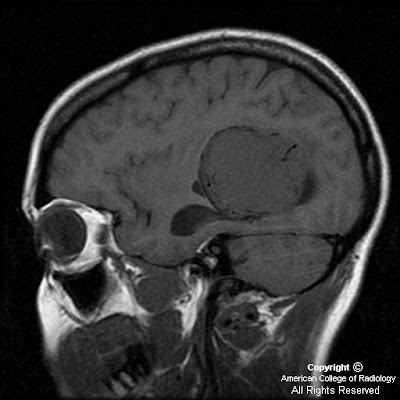 
The most useful indications for the specific diagnosis of intraventricular tumors are location of the tumor within the ventricles, and age of the patient

Intraventricular meningioma is a rare but well-described tumor, most often located in the trigone of the lateral ventricle. It constitutes approximately 0.5% to 2% of all intracranial meningiomas. Still, this tumor is one of the more common intraventricular neoplasms in the adult population, and in some reports, a meningioma is the most common atrial mass to manifest in an adult patient. Majority of patients present in the 4th to 6th decades of life, with a female to male ratio of approximately 2:1. It is found only occasionally in patients under the age of 40. Neurofibromatosis should be suspected when such a tumor is found in children. In the pediatric population, almost one-fifth of all meningiomas occur within the ventricular system.

Intraventricular meningiomas are believed to arise from the arachnoidal cap cells trapped within the choroid plexus, the tela choroidea, or the velum interpositum. Correspondingly, the trigone of the lateral ventricle is the most common site.

Nearly all of these tumors have benign histologic characteristics.

The appearance on imaging studies is similar to that of other meningiomas, being sharply defined and globular. On CT scans, these tumors are usually hyperdense and may contain foci of calcification (50 %). Meningiomas are iso- or hypointense on T1-weighted MR images, and iso- or hyperintense on T2-weighted images. Contrast enhancement is strong and homogeneous in noncalcified portions of tumor on both CT and MR studies, and areas of necrosis and cystic change may be present.

As with other intracranial meningiomas, preoperative embolization may be efficacious in limiting blood loss, and may even produce a reduction in size of the mass before surgery.

The main differential diagnosis of a tumor located in the trigone of the lateral ventricle should include choroid plexus papilloma in patients under 10 years of age; low-grade gliomas, such as ependymoma, oligodendroglioma, and low-grade astrocytoma in patients between 10 and 40 years of age; and metastases and meningioma after the 4th decade of life.
Pubblicato da David Spizzichino a 16:00