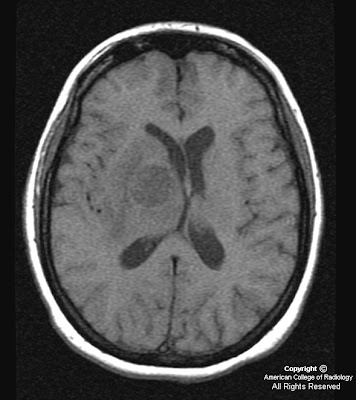 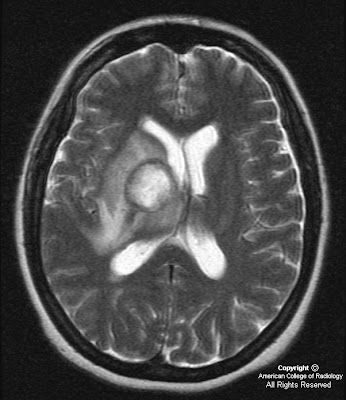 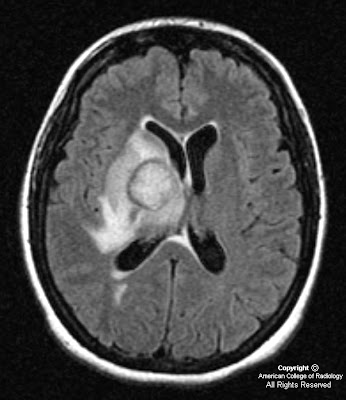 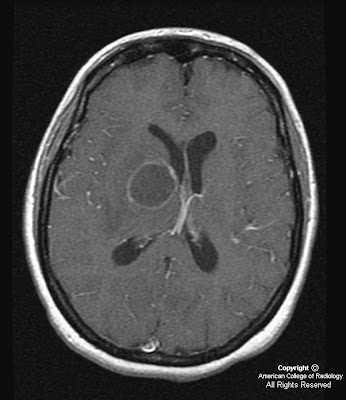 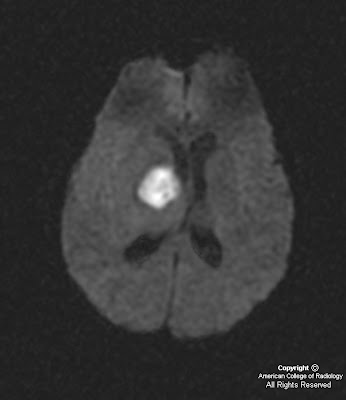 
Most pyogenic cerebral abscesses are located supratentorially at the gray - white junction, secondary to hematogenous spread, and within the frontal and parietal lobes (middle cerebral artery distribution). Size is variable and may range from a few millimeters to many centimeters.

Although hematogenous dissemination from an extracranial infection is the most common source, other potential etiologies to consider include: hematogenous spread from any right-to-left shunt, penetrating trauma, postoperative, and direct extension from a paranasal sinus, meningeal, calvarial, or otic infection.

These relatively uncommon lesions are potentially fatal but treatable, with treatment (often depending of the size of the lesion) typically ranging between systemic antibiotics alone and stereotactic aspiration or drainage. Reports of mortality vary, with published numbers between 0% and 30%. It is important to be aware of the complications of incompletely or inadequately treated abscesses and to look for them on MR.