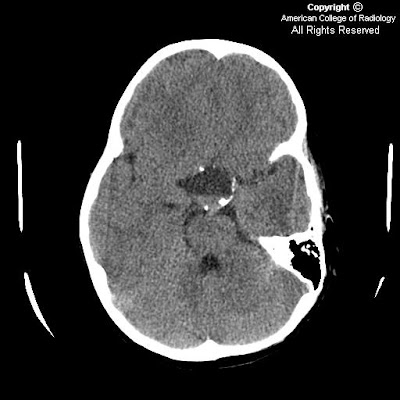 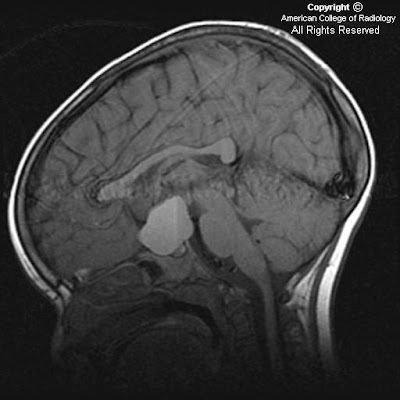 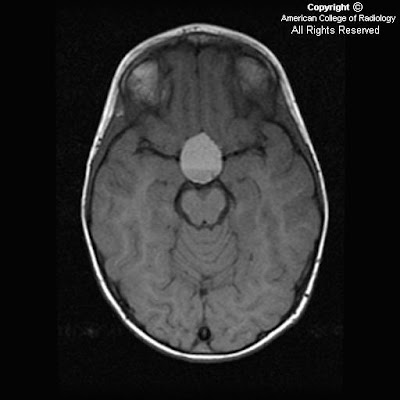 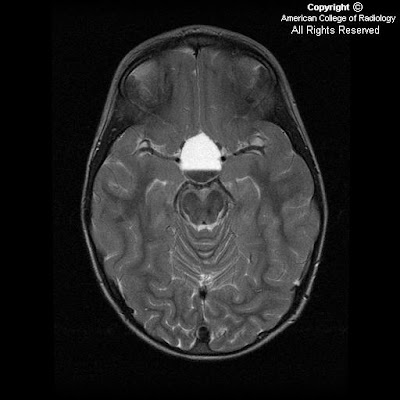 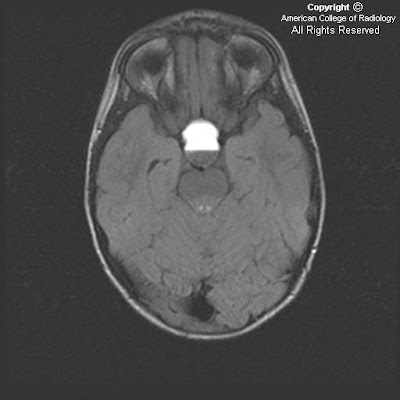 High-signal intensity within a suprasellar mass should raise suspicion of craniopharyngioma. Cyst contents are typically hyperintense on T2 and FLAIR images. Enhancement is heterogeneous in the solid portion of the tumor, with the cyst walls enhancing strongly. Cyst contents show a broad lipid spectrum on MRS (0.9 ppm to 1.5 ppm). Infiltration is common, making complete surgical resection difficult.
Pubblicato da David Spizzichino a 16:00