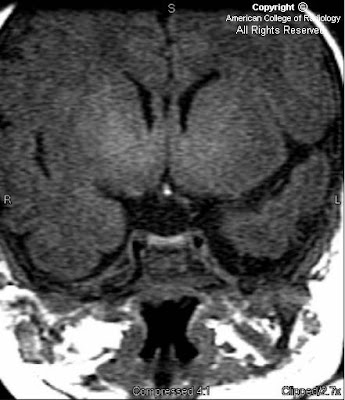 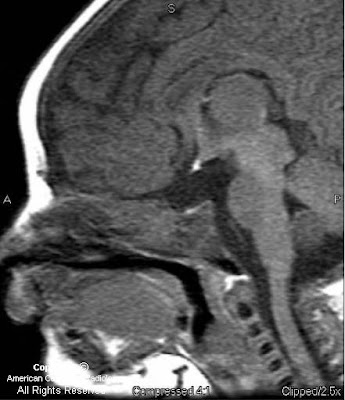 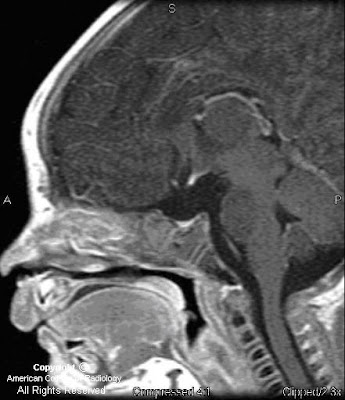 There are two proposed hypotheses for PSIS. The first one proposes that PSIS is an acquired injury caused by neonatal hypoxia, since there is a high association of PSIS with breech presentation and cesarean section delivery. This unexplained high incidence of breech deliveries associated with PSIS patients supports the traumatic hypothesis. However, high frequency of associated CNS malformations, such as coloboma, microcephaly, Arnold Chiari, microophthalmia, septooptic dysplasia, and corpus colossal agenesis, argues against a traumatic hypothesis. The alternative explanation is that there is failure of normal inductive events of the rostromedial neural fold during pituitary gland organogenesis and the high incidence of breech presentation can be explained by in utero hypotonia due to hormonal deficiency.

Clinically, presentation will depend on the extent of the hormonal deficiencies. Neonatal patients usually present with hypoglycemic seizure. Pediatric patients with isolated growth hormone deficiency present with variable delay in growth, while those with greater degree of hypoplasia of the pituitary stalk and anterior pituitary gland present with symptoms associated with panhypopituitarism early in life. Clinical suspicion of this syndrome is based on laboratory tests of low GH level, cortisol level, abnormal GH stimulation test, low FSH, LH, TSH and free T4. There is a high incidence of microphallus and cryptoorchidism in PSIS patients, which can be explained by the low levels of gonadotropins.

There is a male predominance with a male:female ratio of 3:1.