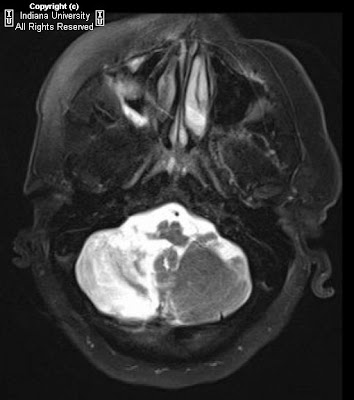 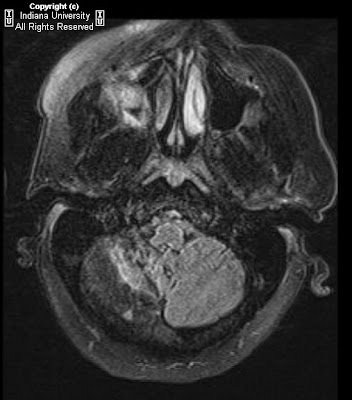 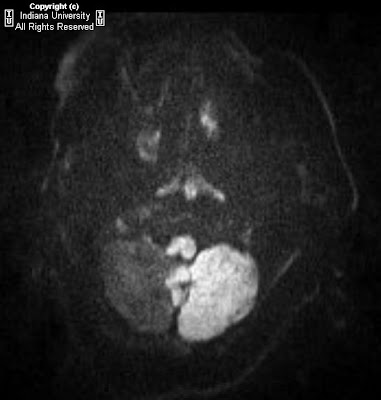 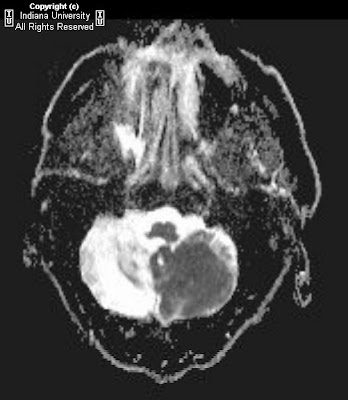 Encephalomalacia is usually a consequence of aging and/or brain insult, and in this case, the patient had a prior right cerebellar infarct. The brain parenchyma becomes atrophic and becomes replaced by CSF. Encephalomalacia usually does not cause acute symptoms and was likely not the cause of this patient's symptoms.