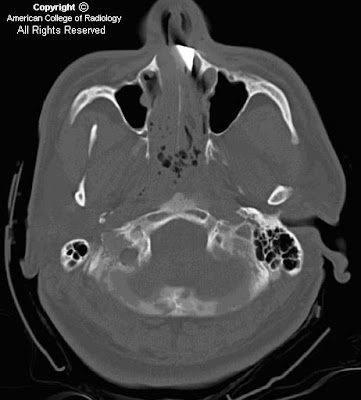 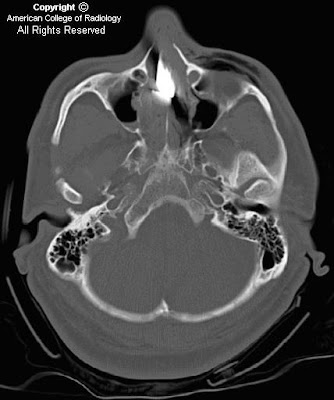 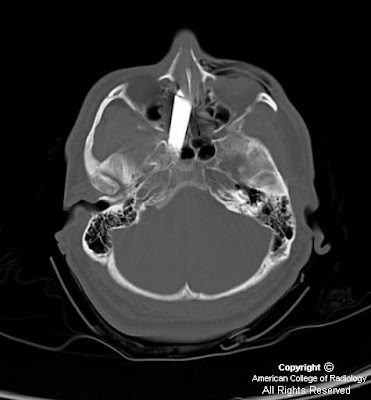 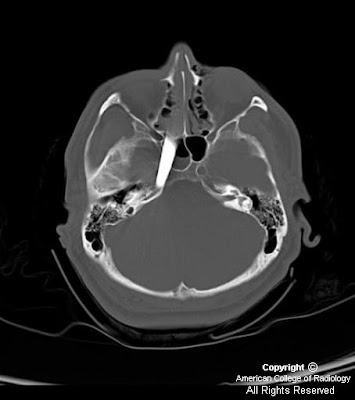 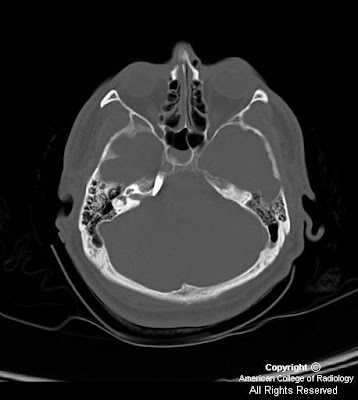 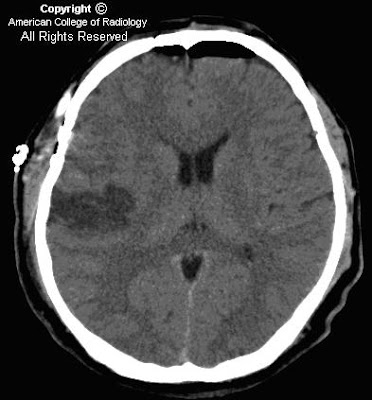 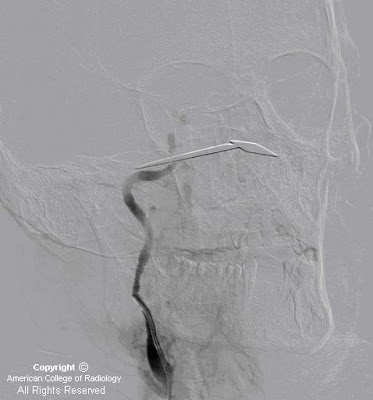 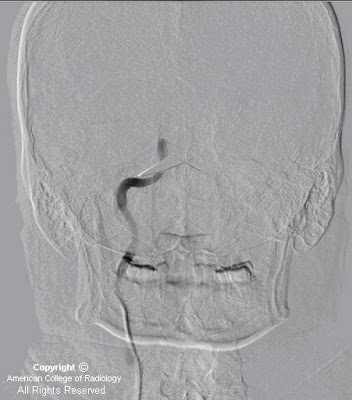 
Gunshot wounds to the head have become the leading or second leading cause of head injury in many cities in the United States; penetrating head injuries can also be the result of stab wounds, and motor vehicle or occupational accidents. Knives are the most frequent weapon used in stab wounds to the cranium although bizarre craniocerebral-perforating injuries have been reported that were caused by nails, metal poles, ice picks, keys, pencils, crochet needles, chopsticks, and power drills. A mortality rate of 17% has been reported for cranial stab wounds, mostly related to vascular injury and massive intracerebral hematomas. The orbital surfaces and squamous portions of the temporal bones are the most frequently affected since these bones are thin and easily traversed. The morbidity from stab wounds to the squamous portion of the temporal bone is more severe due to the short distance to the deep brain stem and vascular structures.

CT scans are vital in the work up of patients with penetrating head injuries since they do show the extent of intracranial injury and fracture and rule out the presence of radiopaque foreign bodies. CT angiography is limited in the presence of metallic foreign bodies because of artifact; in these cases, conventional angiography is important in ruling out vascular injury and preoperative planning. Potential signs of vascular injury include transection, pseudoaneurysm and arterial-venous fistula. Occlusion is a sign, albeit a nonspecific sign, of an underlying vascular injury. In the case of a vascular injury, injection of the contralateral artery should be done to demonstrate crossfilling via collateral circulation in the circle of Willis prior to intervention. Cerebral vasospasm is another noteworthy finding since it can portend a poor outcome.

Patients with penetrating head injuries are often taken to surgery to remove hematomas which may be causing mass effect, to remove dead brain tissue to prevent further swelling and necrosis, and to control active bleeding. Metallic foreign bodies are often removed to prevent infection, the potential for fibroglial scarring with the ensuing development of epilepsy and intracranial migration. Knives should only be removed in the OR under direct visualization. Clot was noted in the proximal ICA below the presumed level of injury; coils were placed proximal to the clot to prevent migration of the clot. In the case of an obvious direct transection, coils may also be used to prevent exsanguinations when the knife is removed. Occlusion balloons can also be used.
Pubblicato da David Spizzichino a 16:00