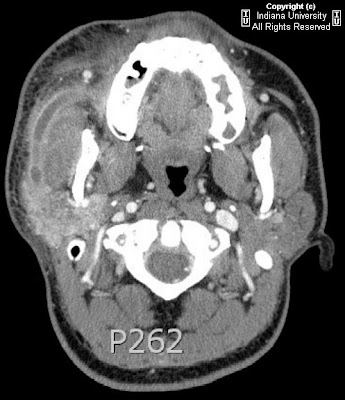 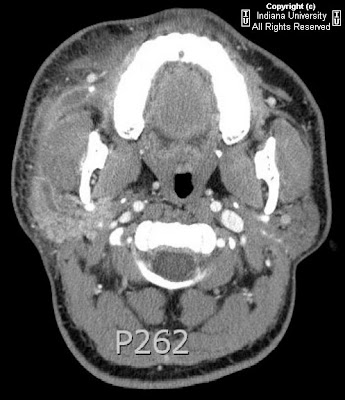 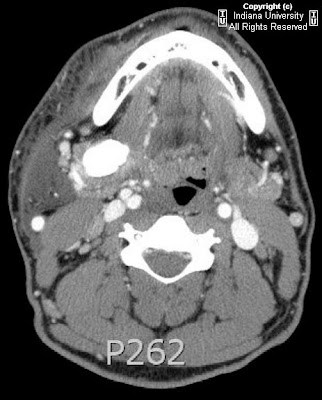 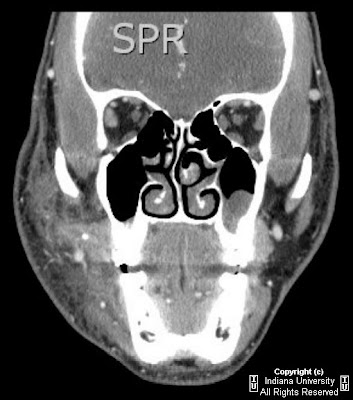 Calculus disease is the most common benign condition to affect the salivary glands. The most common glands affected are the submandibular glands because secretions are more mucinous, viscous, and alkaline. Additionally, the duct drains uphill, making stasis more likely. Parotid glands are affected less frequently, and sublingual and minor salivary gland calculi are very uncommon. Patients generally have painful glands, worsened with chewing foods that precipitate salivation. Treatment is by administration of solutions that increase salivation to promote passing of the calculus. Transoral resection can be performed for calculi close to the ampulla. Resection of the gland may be used for proximal, glandular and/or recurrent sialoliths.

CT is more sensitive for detection of calcification than plain radiographs, and is also useful for detecting inflammatory masses and abscess formation.
In the case of non-radiopaque calculi, conventional sialography can be performed by cannulating the salivary duct and injecting contrast. The presence of a calculus is inferred by the presence of an intraluminal filling defect.
A new technique is MR sialography which is similar to MR cholangiopancreatography. The technique utilizes either a single shot fast spin echo T2-weighted sequence to image the duct alone, or a high resolution 3D fast spin echo T2 sequence to image the gland and duct.
Sialography is useful to demonstrate ductal strictures after passage of the stone, and in the evaluation of chronic sialadenitis from autoimmune causes.
Pubblicato da David Spizzichino a 16:00